Dementia UK is on a mission to raise awareness of its services among the friends and families of those living with dementia, as it launches its biggest ever brand campaign.

The ‘I Live With Dementia’ campaign shines a light on the impact dementia has not only on those struck by the condition, but their loved ones too – whether that’s a parent, grandparent or friend. The campaign film tells the stories of three families, ending on the line: “If you love someone living with dementia, you’re living with it too. But we’re here for you.”

It marks the charity’s largest spend compared to any previous campaigns or brand activity, particularly in terms of above-the-line advertising investment. Activity will run across out-of-home (OOH) in five UK cities, supported by the film as well as email and social media content.

The campaign will also encourage people to sign up to receive emails with tailored information from Dementia UK, providing ‘life-changing’ advice from its specialist Admiral Nurses.

For Dementia UK, the campaign is an opportunity to drive recovery post-pandemic. Marketing lead Claire Sandham tells Marketing Week it is important to signpost its services after a universally difficult two years.

It’s wonderful to work on a campaign where you can just say that line [and] people understand what the campaign is about.

The pandemic took a significant toll on UK charities as many traditional fundraising methods and communication channels were disrupted. Research from The Charity Commission found over 90% of the 1,996 charities involved in its 2021 survey were impacted by Covid-19 negatively, whether around finances, staff or overall morale.

“We’re living with the long-tail impact of Covid-19,” Sandham says.

According to Sandham, the idea for the campaign came through a mix of the charity’s regular user research, phone calls and focus groups.

“We did some upfront phone calls with people who have dementia in their family who don’t know about Dementia UK, who had never accessed our support services,” she explains.

“And we ran focus groups [in January] where we put early creative ideas into focus groups to see how people responded. What were the campaign ideas and messages that were resonating with people? We were really looking for common themes and experiences that would appeal to the broadest possible audience.”

She adds: “We wanted [it] to be very relatable, we wanted people to see themselves in a campaign… All of that qualitative feedback was incorporated into the creative development and planning.”

Dementia UK is also “always listening” to feedback, Sandham says, which it receives constantly through calls to its helpline and its network of Admiral Nurses.

“They feedback to us and tell us about what they’re hearing and what they’re seeing in families; what are the common themes? What are the real challenges that carers are facing?” she says.

It’s the simplicity of it that we’re really proud of and we hope that cuts through.

Discussing how the charity is going to measure the success of its campaign, Sandham says it is important to identify whether its target audience has been reached. The charity will be looking to reach as many people as possible initially, and evaluating how successfully the campaign drives email sign ups.

“We’ve developed an evaluation framework around outputs, outtakes and outcomes,” she explains. “Initially, we’ll be looking at how many people we can get the word out to. Who are we reaching? And also we’ll be measuring whether people are actually signing up for the information and advice we’re offering.”

She adds: “We’re asking questions, both before and after the campaign, of our target audience. Have they seen the campaign? Do they recall it? And the killer question: do they know where to turn to support?”

Much of Dementia UK’s support is provided by its Admiral Nurses – specialist dementia nurses who are employed across the UK. As of present, the charity has 354 Admiral Nurses – although Sandham acknowledges this is a number that needs to increase, when considering the more than 900,000 people with a dementia diagnosis.

However, Sandham believes that the “simplicity” of this new campaign will effectively spread word of the charity’s existing services and engage those who need them.

“It’s wonderful to work on a campaign where you can just say that line [and] people understand what the campaign is about,” she says. “It’s the simplicity of it that we’re really proud of and we hope that cuts through.” 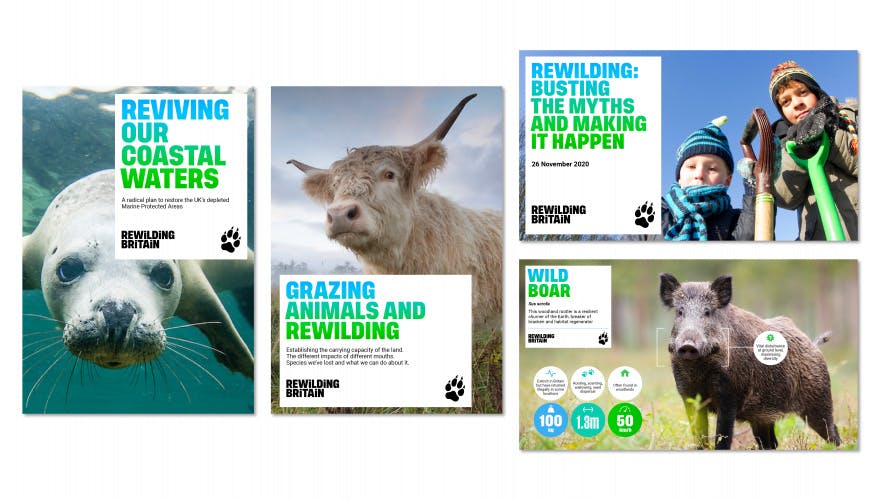 How do you convince people that marketing is not a cost but an investment? Rewilding Britain is using a three-part strategy to win over sceptics.