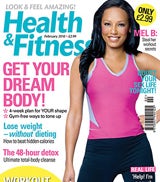 Health & Fitness had an ABC audited circulation of 35,436 in the first half of last year.

Under the deal, the Health & Fitness editorial and sales teams will stay with the title and join Dennis Publishing.

Pete Muir, the editorial director of Men’s Fitness will also head up the women’s fitness title.

Dennis acquired Men’s Fitness in the UK and Ireland in September last year.

Previously the title was published under licence from American Media.

In the latest ABC audited figures, specialist fitness magazines were one of the few sectors performing well while women’s glossies and lad’s mags saw sliding circulation.

Cadbury’s marketing agencies could benefit from the confectioner remaining independent after it promised further investment in marketing for 2010, according to branding experts.

The Government has today announced it will set up a supermarket ombudsman to enforce the Groceries Supply Code of Practice (GSCOP).