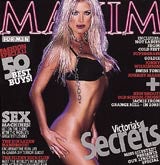 Dennis Publishing has appointed Naked Communications to handle the media planning and buying for its floundering men’s title Maxim.

This is the first time the publisher has undertaken any above-the-line advertising for the magazine since its launch in 1995. Dennis is also trawling creative agencies in an attempt to bolster the magazine’s presence in the market.

The appointment comes days ahead of the latest Audit Bureau of Circulations (ABCs) report, due on February 13. In the January to June 2002 ABCs, the title’s circulation reported a decline of 2.3 per cent period-on-period and 11.4 per cent year-on-year to a circulation of 270,159. The title sells fewer copies than EMAP’s FHM, which has a circulation of 580,738, followed by IPC Media’s Loaded (309,041).

The group marketing manager for the consumer division at Dennis Publishing, Sarah Thorne, says: “The men’s market at the moment is a tough place to be in. Editorially we have made a lot of changes to the product and the time is right to talk about those changes. The advertising campaign forms part of our strategic plan to make a further success of Maxim.”

Publisher Felix Dennis is believed to have pledged some of the profits from his American operation to his British company. The US operation, Dennis Publishing Inc, is now bigger than its UK counterpart, with annual reported sales of &£100m.

Pegram Walters has created a print advertising campaign for Invesco Perpetual called ‘With you every step of the way’, which aims to reassure customers about investing in the current economic climate.

Jacobs Bakery is supporting its Thai Bites snack brand by spending Â£4.5m on promotion in 2003. This will include a TV ad campaign created by EURO RSCG Wnek Gosper, which will break later this year.