Nissan IDx is a co-creation project that allows drivers to share their ideas on car design with Nissan and help shape future designs. IDx was launched at the Tokyo Motor Show with a ‘virtual world’ created by AKQA. The project also saw the launch of the high-definition version of the Oculus Rift virtual reality headset and AKQA’s interactive installation allowed users to journey through a car design process over six levels. The decisions they made during the process were translated into design and engineering concepts by Nissan.

Made in Britain identity by The Partners, category winner in the 2014 Design Week Awards

Made in Britain is an independent organisation that promotes British manufacturing. It briefed The Partners to create a mark that would be instantly recognised and understood and could be used across a variety of materials – from ceramics to fabric to packaging to digital materials. The mark is based on the Union Flag, with colours that can be adapted according to application. The arrow device can be used as navigation on point-of-sale material.

With Levi’s moving to a centralised global business model, Turner Duckworth was brought in to create a new visual identity that would be clear, concise and celebrate the brand’s heritage, while also positioning it for the future. The consultancy refined the iconic ‘batwing’ mark and removed the name but brought in the cropped ® found on the brand’s red tab. Turner Duckworth also updated the two-horse symbol and leather patch.

Living Masterpiece for GE, by AMV BBDO, Yellow Pencil in the 2012 D&AD Awards

To demonstrate GE’s commitment to helping reduce the National Gallery’s carbon footprint, AMV BBDO created the world’s first ‘living’ masterpiece. Using more than 8,000 plants, it recreated one of the National Gallery’s most famous paintings, Van Gogh’s ‘A Wheatfield, with Cypresses’. The plants were grown over four months and then installed onto a huge 22-metre site outside the gallery in the middle of Trafalgar Square. During its six-month installation it was seen by more than 60 million people.

Tayburn was tasked to create a mailer for Lynne Forsyth, who provides proofreading and editing services for design consultancies and clients. She briefed the consultancy to help evolve her business from ‘kitchen’ to ‘cottage’. Tayburn created a leaflet enclosed in a file folder, with the leaflet using well-known sayings and idioms that relate to accuracy.

The Office is Dead, for Property Alliance Group, by Music, category winner in the 2014 Design Week Awards

Music was tasked with marketing a Grade II-listed building in Manchester that was being refurbished into offices aimed at creative businesses. The project is based on Google Business Photos – the indoor version of Street View – and words describing the building and contact details appear in the fabric of the building itself. Elsewhere, a series of artworks poke fun at the clichés of modern office life.

See Design Week’s list of the top 50 design consultancies in the UK here.

Apartment rental business Airbnb has created a new visual identity and positioning to help in its international expansion. 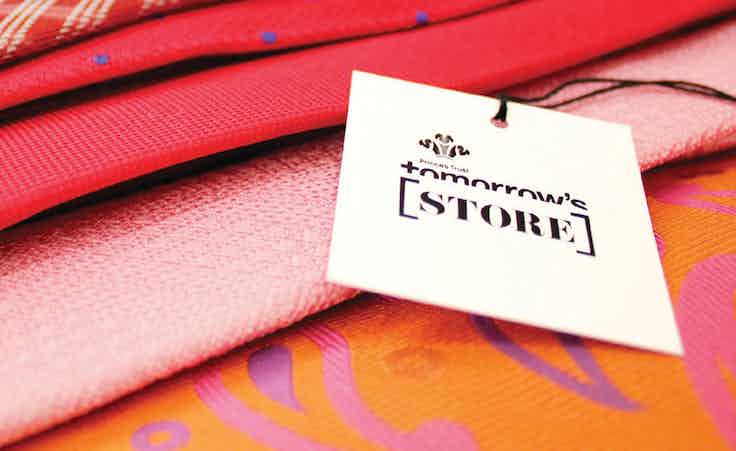 Marketing Week sister brand Design Week has named the UK’s top 50 design consultancies in its Creative Survey, based on awards won. So what does this mean for clients?

Marketers tell us why good design is so important to a successful campaign and a selection of design award judges reveal what makes a winning entry.