The company’s visual identity will display its logo with the bank’s “Passion to Perform” claim, which is now hand written.

The bank says it wants to emulate superbrands such as Nike, which is known by its swoosh logo and “Just do it” strapline.

Deutsche has also developed a new “brand personality” that aims to better define its identity. In addition to having a “passion to perform”, it claims to be “precise”, “confident” and “agile minded”.

The German-based global bank, which has a stated aim of becoming the “the world’s top financial brand”, has almost 2,000 branches worldwide. The company recently posted net revenues of €5bn for 2009 compared with a net loss of €3.9 billion in 2008, following the worst of the global financial crisis.

Dr Josef Ackermann, chairman of Deutsche’s management board, said in a statement accompanying the results that the bank’s financial strength and strategic positioning left it well placed for growth in 2010.

The new visual and brand identity will be rolled out across all businesses, regions, websites and marketing materials throughout 2010 and be completed by 2011. The bank worked on the project with David Shalam, creative director and owner of Studio 2br.

Premier Foods Foodservice, the owner of brands including Bisto and Sharwood’s, has appointed former Procter & Gamble marketer James Arnold to the new position of head of marketing.

Fiat has signed up to become the official supplier to British Cycling, which includes the Great Britain Cycling and Para-Cycling Teams. 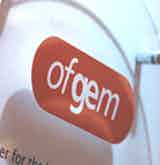