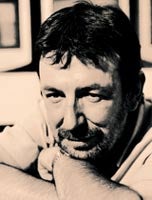 DFGW will work with the BBC’s internal advertising specialists.

Cbeebies, aimed at pre-school children, will be built around a four-hour block of programming, with landmark titles such as the Teletubbies being shown every hour on the hour.

The blocks will be repeated, but the presentation work around the shows will not. Instead, it will reflect the time of day – morning, lunchtime and afternoon – when the programming airs. Each day will end with a special ‘bed-time’ story hour.

The CBBC Channel, aimed at sixto 13-year-olds, will offer a school schedule during term time – 32 weeks of the year.

The two channels, which were this year given clearance by the Department of Culture Media &amp; Sport, will have a combined budget of more than &£40m. They will be launched together in the first quarter of next year.

The BBC’s plans have met with opposition from commercial children’s channels, some of which claim they could lose revenue. But in a speech to Bafta members on Monday (November 19) CBBC controller Nigel Pickard said: “As television remains one of the most efficient and cost-effective ways to reach children, I cannot see advertisers pulling significant levels of advertising from these channels.”

The Army plans to team up with a youth brand in an attempt to attract more teenagers to join Camouflage, its membership scheme for young people. The brand, which could be in any sector but has to appeal to both teenage boys and girls, will be involved in long-term joint marketing initiatives run through Camouflage. […]

Lakeside Shopping Centre has dropped its £1m advertising account with Doner Cardwell Hawkins and has handed the business to Jojo Communications without a pitch. The shopping centre is planning a major ad campaign in the new year, which could see it returning to TV advertising after a two-year absence, as well as exploring opportunities in […]

Unilever has promoted European category director for beverages Neil Munn to the newly created position of global brand director for Lynx, the men’s toiletries range. Munn starts his new job on January 1 and will report to the senior vice-president of deodorants Geoffrey Probert. Unilever is focussing on individual brands – the company has already […]