The number of estimated drink-drive deaths increased 26 per cent year on year to 290 in 2012, according to the DfT’s latest figures. The figure was compounded, however, because the 2011 total was the lowest since records began in 1926.

The Government slashed its road safety campaign budget by 80 per cent from £19m in 2008-09 to just £4m in 2011-12, according to figures from The Institute of Advanced Motorists. The DfT stated last year it planned to spend £1.67m on drink-drive campaigns in the 2012-12 financial year.

He added: “The THINK! campaign turned the tide on drink and drug driving in the UK, it was slashed in 2009 and we may now be seeing the consequences.

“THINK! is a case-study in effective behaviour change and reflects the UK’s global leadership in social marketing. These stats are a stark reminder to policy-makers that advertising can improve – and even save – lives, not just sales figures.”

A spokeswoman for the DfT told Marketing Week although marketing spend behind the THINK! campaign was reduced in June 2010 to help deliver efficiency savings, that does not mean it is any less effective.

She added: “How young people consume their messages has changed and so has the Department’s campaign tactics, with a more targeted approach consisting of radio, mobile, outdoor and digital advertising.”

The latest DfT THINK! campaign launched on YouTube in June and featured the real reactions of male actors shocked when a life size human mannequin was smashed through fake glass in a pub toilet. The #PubLooShocker ad has amassed 8.4 million hits and was the second most-watched YouTube ad in its month of launch. 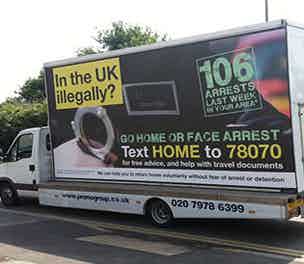 A Home Office outdoor campaign ordering illegal immigrants to “go home or face arrest” is facing censure after the ad watchdog confirmed it is investigating complaints the campaign is “offensive” and “irresponsible”.

Regular readers of this column will know that I am sceptical of the role of social media in a business environment. While I understand the role it can play in business to consumer communications, with the likes of TripAdvisor building a successful business off the back of it, I’m not convinced of its value in the business to business world. 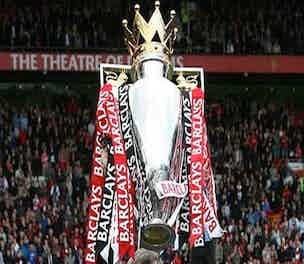 Carlsberg, Audi, Barclays and Chevrolet are looking to tap into the unfolding drama during the upcoming Premier League season by implementing sponsorship campaigns capable of driving fan engagement throughout the tournament.