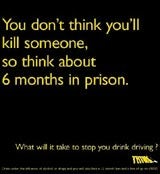 The Department for Transport (DfT) is teaming up with the English Football League in a two-year deal, in an attempt to broaden the reach of its road safety messages.

The six-figure sponsorship of the Football League will provide the DfT and its local road safety teams with perimeter advertising at televised Nationwide Football League games in Divisions 1, 2 and 3, the play-off finals and the LDV Vans Trophy Final.

The Football League, through its member clubs, will also provide matchday sponsorships to local road safety teams and access to club logos and players to back road safety initiatives, including drink-driving campaigns, in their local communities. The deal was negotiated by Carat Sport.

Road safety minister David Jamieson says: “The Government is committed to continue improving safety on our roads and this sponsorship deal will enable us to get our road safety messages across to an even wider range of people.”

The department recently announced it was sponsoring the Great Britain Rugby League (MW August 28). The 12-month deal includes the five-match Australian tour of the UK during October and November.