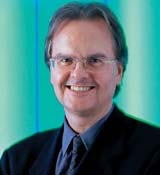 There are growing doubts over a much-touted reconciliation between the Department for Transport and the COI, with the DfT not expected to return its &£20m advertising budget to the Whitehall advertising body.

A decision to the effect is due to be announced in the next couple of weeks, following months of intensive talks between the department and the COI chief executive Alan Bishop.

The DfT, formerly called Department of Transport, Local Government and the Regions, rebelled against using the COI to handle its advertising five years ago and instead decided to create its own roster of creative and media agencies. The department edged towards some sort of a compromise last year, by returning to COI for planning and buying, when it agreed to use COI’s media agency Carat for its &£70m television buying account.

But it is thought the DfT is likely to continue using its current roster of agencies and is understood to be already in talks with them to renew their contracts, which come up for renewal later this year.

The snub will worry Whitehall, which has been trying to persuade other departments, like the Home Office, that the COI is “best placed” to procure the highest media discounts. Last year, the Home Office was in discussions with the COI about setting an independent roster (MW April 7, 2005).

Last week, the DfT Think! campaign won a gold and silver award for the best public sector ad at the British Television Awards. The department recently also claimed a world-first when it filmed a “teen-ad” road safety campaign with a mobile phone.