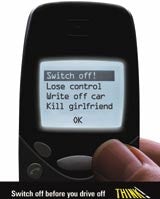 The Department for Transport (DfT) is planning to team up with Legoland Windsor in an attempt to broaden the reach of its road safety messages.

The partnership will aim to reduce child fatalities as a result of road accidents.

The move is part of the Government’s Think! road safety campaign, one of the longest-running DfT initiatives, which has included anti-drink driving and rear-seat belt warning ads.

The DfT tie-up with Legoland is likely to target parents and children to make them aware of the dangers of pedestrian road accidents.

A spokesman for Legoland confirms that it is in “preliminary talks” with the DfT on the project.

In the past DfT’s “hedgehog” ad campaign, which used the Seventies disco hit Staying Alive, targeted seven- to 12-year-olds to show how to safely cross the road.

Earlier this year Abbott Mead Vickers.BBDO created a cinema campaign aimed at encouraging drivers to get into the habit of switching off their mobiles before driving.

Last year the agency also teamed up with the English Football League in a two-year deal to boost the DfT’s road safety message (MW October 9, 2003).

The six-figure sponsorship provided the DfT with perimeter advertising at televised Nationwide Football League games in Divisions One, Two and Three, the play-off finals and the LDV Vans Trophy Final.