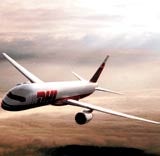 Haulage and courier company DHL is reviewing its pan-European advertising – believed to be worth about &£20m – held by the DDB Paris, with a view to appointing a single global agency.

The review is being overseen by DHL’s Brussels office. DDB network picked up the business three years ago, from Scholz &amp; Friends in Hamburg. The review will affect the UK business held by BMP DDB. It is believed that the DDB network will repitch for the business.

A spokeswoman for the company says: “DHL is reviewing a number of arrangements, not just advertising.”

Earlier this year, Pascal Tomasso returned to the company as country general manager from Eurostar, where he was sales and marketing director (MW February 28).

DHL is the global market leader of the international air express industry. The DHL network links more than 120,000 destinations in 228 countries and employs 71,000 people. DHL is majority owned by Deutsche Post World Net. Other shareholders include Luthansa and Japan Airlines.