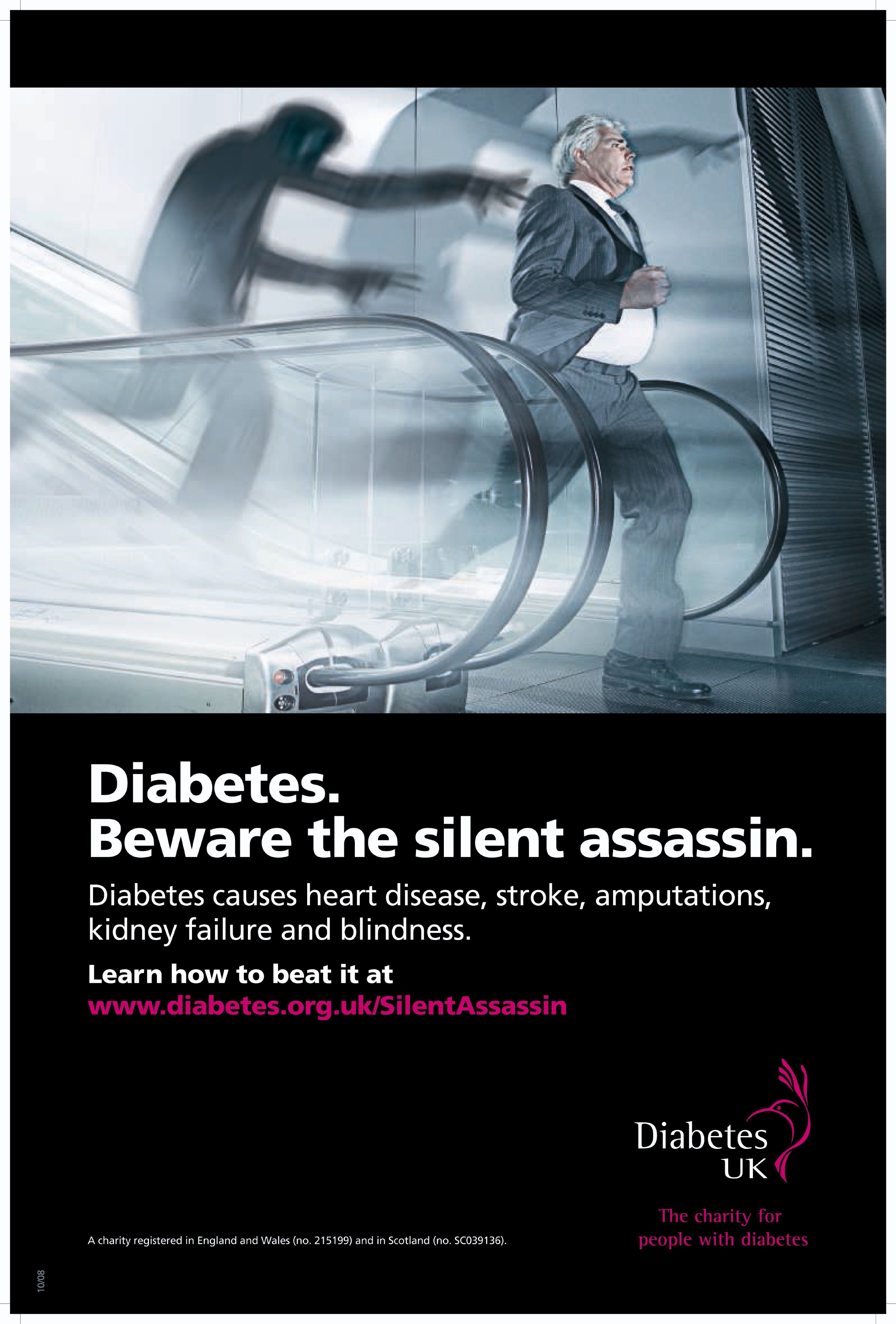 Diabetes UK is launching a campaign to highlight the fact that diabetes is a serious condition. The “Silent Assassin” campaign will launch today (October 6).

The charity says diabetes can cause heart disease, stroke, amputations, kidney failure and blindness. The campaign created by The Gate, shows a shadowy figure ready to pounce on unsuspecting members of the public.

The ads will feature the strapline: “Diabetes. Beware the Silent Assassin”. It will launch in outdoor, newspapers and consumer magazines.

The ads will also feature messages such as “diabetes causes more deaths than breast and prostate cancer combined”, and “the death certificate will say heart attack. It was really diabetes”.

Diabetes UK chief executive, Douglas Smallwood, says: “It is a startling fact that diabetes causes more deaths than breast cancer and prostate cancer combined. We hope that its hard hitting messages will help us address this serious health challenge and improve the health of the nation.”