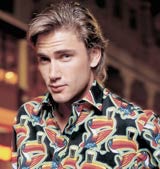 Drinks companies Diageo and Anheuser-Busch Europe are planning to enter the leisurewear market, with the launch of branded clothing ranges this year. The launch will target rugby union enthusiasts.

Both companies have signed a deal with textiles company Cotton Traders to launch a range of branded T-shirts and rugby shirts.

A spokeswoman for Cotton Traders says: “A lot of leading retailers have shown an interest, but we are still in the negotiation stage.”

Cotton Traders wholesale director Steve Smith, a former England rugby union captain, says: “We predict that the Diageo range will have a turnover of over &£2m a year.”