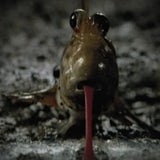 Diageo global marketing procurement chief Alison Littley is leaving the company after her role was axed. It is not known if she has a job to go to.

Littley, who is global head of demand procurement at the drinks giant, has been at Diageo for seven years. Industry insiders say Littley’s position has been “untenable for some time” after a restructure that started 18 months ago.

It is understood that Kester Fielding, who is in charge of marketing procurement for Europe, will take on Littley’s responsibilities, although it is not known what his title will be.

Littley’s departure follows that of Diageo’s global head of advertising procurement, Adam Kirby, who joined Saatchi &amp; Saatchi as executive director of growth and business development at the start of this year. Kirby has since been replaced by Simon Tilden, who previously ran his own agency called thenetworkone.

Diageo claimed the change would place greater focus on the UK, while allowing Fennell to concentrate on developing the European market.