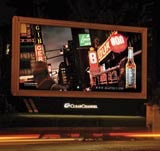 With sales of ready mixed alcoholic beverages on the wane, Diageo is hoping that its latest innovation, a fruit juice drink with an ABV of 4%, will create an entirely new market as the company tries to distance itself from claims it encourages binge drinking. By Sonoo Singh

Diageo has long been revered by many in the industry for its marketing prowess. But with growing competition in the drinks sector, demand for the company’s brands has been flagging and it is experiencing falling margins, particularly in Europe. Now, against a backdrop of market consolidation and a decline in sales of ready mixed products it is attempting to add fizz to its fortunes with the launch of Quinn’s (MW last week).

The product is Diageo’s first significant innovation since it unveiled ready-to-drink (RTD) blockbuster Smirnoff Ice seven years ago. Although it is intended to replicate the dizzying success of Smirnoff Ice, Quinn’s is not classed as an RTD. Diageo instead claims to have created a new market known as “fruit ferment”. A natural evolution of the fading RTD category, Quinn’s will be backed by a first-year UK advertising budget of over &£8.5m, with a campaign created by Mother. The drink, scheduled to be rolled out in April, is a 100% fruit juice drink with an ABV of 4%. Each bottle will contain exactly one unit of alcohol.

Michael Bleakley, an analyst at Credit Suisse First Boston, labels Quinn’s an “alcohol-based smoothie” and says that the launch is critical but conservative in an era of increased regulation and changing consumer trends.

Diageo, which has often been blamed for promoting underage and binge drinking with its portfolio of sweet and easy-to-drink flavoured beverages, is also known to take its social responsibilities very seriously. The maker of Smirnoff and Archers Aqua recently launched two television ads illustrating how excessive drinking can ruin an evening. The company even claims to have stopped researching the under-21s market in some countries.

Quinn’s is likely to be marketed as part of a “counter binge-drinking culture” according to experts, and is expected to be primarily targeted at women. One industry insider says/ “Drinks companies such as Diageo, which depend on premium brands for profits, need to protect themselves from any impending Government legislation on alcohol advertising. These efforts on its part will go a long way to keeping back any threats of the introduction of an outright ban on advertising of spirits and RTDs.”

A Diageo spokeswoman says Quinn’s is being developed for people in their mid-20s who “enjoy a refreshing alcohol drink in the early evenings or at weekends”. She adds that it has not been conceived with the idea of being marketed solely at those concerned about the number of units consumed in one day. The launch also comes weeks after chief executive Paul Walsh announced that unless the sharp decline in sales of RTDs started to slow, it would have to withdraw marketing investment in some of its biggest markets. “We will invest in the sector, but in a modest and staged way. If we see we’re not getting traction on our investment, we will withdraw [it] and run the category for cash,” Walsh is reported to have said.

Bring back some sheen

The continued decline of RTDs was one of the few black spots in a better-than-expected set of half-year results for the drinks behemoth. Evidence that the sector was in trouble became obvious when Diageo was forced to withdraw Gordon’s Edge in 2003 and rival Coors had to pull the plug on Hooch. Industry experts are hoping that the launch of Quinn’s will top up its coffers and also bring back some sheen to the struggling RTD sector.

The RTD category appears to have been a victim of its own success, with the brands became so popular that they moved into the mainstream and lost their “edgy” appeal to consumers. One retail buyer adds that the RTD decline has been caused by a lack of interest from fashion-conscious drinkers. “RTDs have always targeted the young, who follow fads, and there is no way that this fickle audience could have helped sustain growth. The young are painfully aware of what is hot and what is not,” he says.

A further factor in the slowdown has been the enormous 65% tax hike by the Government, forcing manufacturers to reduce either the ABV of their products or the size of the bottles. Another factor is increasing wealth which has prompted consumers to trade up to more expensive cocktails, which are seen as a more sophisticated option than RTDs.

Rival Bacardi’s director of external affairs Chris Searle adds that RTDs not only have to compete against each other, but also against bottled beers, simply because they are much more expensive than premium packaged lagers.

Searle adds: “The problem that Diageo has is that all its core brands have matured. So how do you find more growth? The answer lies in continued innovation, and Diageo’s scale gives it the advantage of being able to provide alternatives to consumers. Also, with Quinn’s, it has found a commercial way of promoting sensible drinking. It is a move that will be watched by the City with interest.”

Bleakley agrees: “The drinks industry will die if companies like Diageo are not prepared to put money into new product innovation. It is one area where the upside in value is potentially huge.”

A Datamonitor report reveals that the next big thing in alcohol will not be just one new category that takes over from flavoured alcoholic beverages (FABs) or RTDs. Instead, a proliferation of fusion products, merging the FAB market with other successful sectors, such as fads for dieting and high-juice smoothies to stimulate consumer interest, is expected.

Diageo has never shied away from innovation. Last May, it added Archers Vea, a low-sugar RTD positioned as a refreshing drink, to its portfolio. It also trialed an extension of Baileys brand in this category, called Baileys Glide, but it did not fare well and was withdrawn last summer. The company’s most recent launch in the category is Slate 20, a bourbon drink flavoured with lime and ginger, aimed at 18- to 30-year-old men, who according to Diageo’s research prefer drinks mixed with dark spirit.

At a time when Diageo needs to consolidate its position as the world’s largest spirits manufacturer, it cannot afford for Quinn’s to be just another appendage on its long list of launches. Consumers have long since decided they want to find something new to be seen drinking. An alcoholic smoothie might just be it.