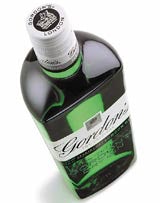 Diageo, the giant UK-based spirits and beer group, is setting up a social responsibility unit to ensure that its UK marketing adheres to both internal and external ethical guidelines. The move comes as the Government prepares to publish a strategy document aimed at reducing the harm caused by drinking to excess.

It is also understood that Diageo is exploring adding a “responsible drinking” message to some or all of its UK marketing communications.

The unit will be headed by Liz Yonge, previously in charge of media relations for Diageo’s Guinness stout, Gordon’s Gin and Johnnie Walker and Bell’s whiskies.

As yet, according to a spokesman, Diageo has not decided on how to promote a “safer drinking” message, but it is believed that any campaign is likely to combine support for consumer education initiatives with more traditional marketing and advertising activity. It is understood that one strategy could see the addition of a “responsible drinking” strapline to existing advertising.

Diageo is already a major supporter of the Portman Group, the UK drinks industry trade body, which administers an industry-wide code of practice, and the Amsterdam Group, a similar trade body for the European Union. A Diageo spokesman stressed that the group would continue to be involved with both bodies.