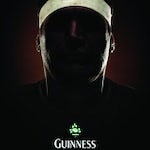 Stuart Kinch, brand manager for Guinness at Diageo, said the brand intends to increase its spend on digital from 5% to 10% of its multi-million-pound ad budget following the success of campaigns over the past 12 months.

The first activity is an iPhone app to coordinate and spread awareness of the live celebrations during tomorrow’s (Thursday) Arthur’s Day, its largest branding exercise of the year.

It’s a significant extension from a trial pub- and friend-finder app released last year, said Kinch. “This app is the biggest driver in our annual brand plan,” he said, adding that 90% of customers wanted it to relaunch the Arthur’s Day app this year with added social functions.

Guinness will use the app to inform people of live events, including performances from bands like Snow Patrol that have remained confidential until today.

“The app is a connection between the people who are at the live celebrations and those on Facebook or in other bars,” said Kinch.

The app also allows users to post messages on the Pub Channel screened in bars across the UK. “This is the first time we’ve fed user content into our broadcast media,” Kinch added.

Guinness appointed digital agency The Cloud and Compass to develop the app and moderate all content posted on the day. Agency MD Dan Douglas said, “It’s about getting consumers to act as brand advocates when they’re at their most passionate. That’s the holy grail for a brand.”

Kinch added, “We’ll take what we learn from the Arthur’s Day app and use it to launch a rugby-themed one, among others, later so we can do something bigger and better.”

Guinness ran an iAd campaign to boost download figures of the app in the run-up to Arthur’s Day.

Diageo is also readying a £47m push in the run-up to Christmas for Guinness and its other drinks brands including Gordon’s gin and Smirnoff vodka. 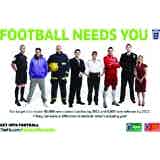 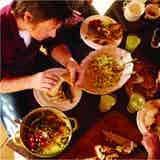 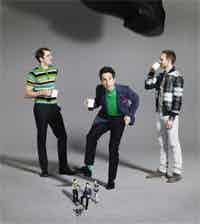 With music artists battling to make the big bucks previous generations enjoyed, and brands fighting to gain credibility with young people, a mutual need for long-term partnerships has emerged. Could the music world, known for its impetuous divas and devil-may-care attitude, have come of age? With income from music sales falling, bands are increasingly prepared […]