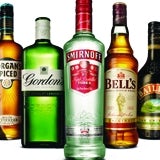 The company’s international divisions will be separated into two regions: Diageo Latin America and Carribbean and Diageo Africa.

The review also includes an employee consultation process in Europe, which could include significant job losses. Diageo’s European sales slipped 3% in the first half of its financial year.

Diageo International’s president, Stuart Fletcher, will leave the company as the result of the changes. It is not yet known whether he has a job to go to.

Paul Walsh, Diageo CEO, says the regional variation in the pace of economic growth has created new opportunities for the company’s global business.

He adds: “In order to capture these opportunities Diageo  has begun a review of our operating model across the business to ensure that all our resources are deployed closer to the market and in those areas where the potential for growth is greatest.”

Walsh says a further announcement will be made in August as to the full extent of the changes.