The drinks maker is unifying upcoming campaigns for top spirits brands Smirnoff, Baileys and Johnnie Walker under a strategy to establish a “mixed-drink” culture after revealing the last 18 months for the category have been “tough”. It is banking on the seasonal alcohol rush in the run-up to Christmas to provide a platform for future brand building initiatives designed to convince drinkers to trade-up .

The renewed push for the spirits category has been inspired by the success of TV shows such as Jamie Oliver’s “The Naked Chef” and “Nigella’s Kitchen” have had at “simplifying” food and putting it at the centre of real social occasions, the company says.

Diageo is spearheading the charge through a high-profile Johnnie Walker TV campaign to try and boost its  penetration of the whisky category. It claims the sector, while in rude health globally, is declining in the UK due to the “old and stuffy” perceptions younger drinkers have of the brands. The advert launches next month as part of a wider £7.2m campaign to promote the drink’s “Red and Ginger” serve – a combination of Johnnie Walker Red Label and ginger ale – which it claims will help push the brand into more high-tempo environments as a “trendy and long-mixed drink”.

The advert features a narrator discussing the heritage of Johnnie Walker Red Label and eschews the brand’s iconic “Keep Walking” strapline in favour of “Where Flavour is King”. Diageo has used the slogan in previous ads around the world and claims it was the one which resonates best with its target 25-to-35 year-old market. The narrator is played by Irish actor Francis Magee who starred in a similar role for Magners’ TV push earlier this year. Despite this, Diageo says there was no issue and did not predict any confusion being caused among fans.

Diageo’s push for younger drinkers is set to continue through a £4.5m campaign to promote its recently launched Smirnoff Gold and Smirnoff Apple Bite variants to show drinkers how both can be mixed with one another. The blends will form part of a wider £7.5m marketing push in 2014 that will see the Smirnoff brand promoted on TV every month with the exception of January.

Jessica Lace, senior brand manager for Smirnoff, says the brand is overhauling its media strategy to assume an “always-on” approach across TV and online in a bid to drive drive marketing efficiencies. The move is reflective of Diageo increasing the media spend for its brands globally and reducing its below-the-line activity.

Lace says: “Historically we would buy media in distinct bursts but now we’re moving to an always-on strategy. We know that Smirnoff isn’t a very seasonal brand and is purchased across the year.”

Diageo is hoping for a similar outcome for its Bailey’s brand, which is traditionally strongest during Christmas and Easter. It is prepping a £5.5m campaign to promote the launch of its Chocolat Luxe variant that will span TV, outdoor and sampling throughout Christmas and beyond. The campaign will feature a snow-themed festive advert when it launches later this year before switching to a less seasonal ad.

It is hoped the variant can extend the perennial appeal of the Baileys brand while also supporting its sponsorship of the Booktrust’s Women’s Prize for Fiction. The brand believes the tie-up can push the brand into new occasions and position it more prominently as a drink women can consume in relaxed social environments with friends. The activity is part of wider bid to ‘reinvent’ the Baileys brand as one more reflective of modern womenhood. Future collaborations with inspirational women are currently being prepped for next year.

James Cragg, head of category development for Diageo GB, says there is an opportunity to “reset and rescale” the size of the spirits category across the country.

He adds “The last 18 months have been an eye opener for the business in terms of what the category can do and the performance we can get in the future.  Because penetration into the spirits category isn’t as a high as we’d like it’s important we capitalise on Christmas to get our message across and people down the aisles.

“If we do that now then there’s a stronger chance of shoppers coming back to our brands and repeating that great experience they’ve had during christmas throughout the rest of the year.” 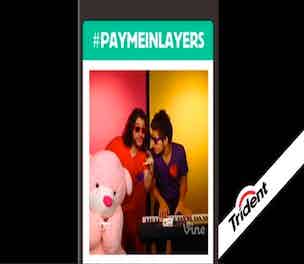 Mondelez International’s bid to “aggresively” drive sales from “micro-content” and “marketing in the moment” will start to take effect in the first quarter of next year when it launches a flurry of pan-European campaigns for brands such as Cadbury, Oreo and Trident.