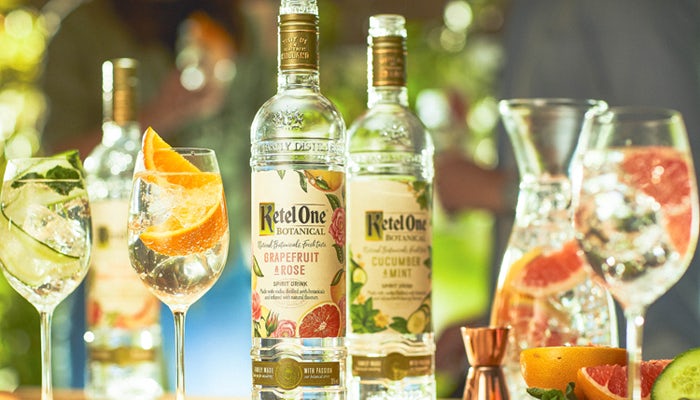 Diageo is tapping into the trend for lower calorie alcohol options with the launch of a range of premium, flavoured spirits under its Ketel One brand that it promises will make low-calorie drinks more “interesting”.

The range, called Ketel One Botanical, is vodka distilled with fruit and comes in three flavours: peach and orange blossom, cucumber and mint, and grapefruit and rose. At 30% ABV its alcohol content is around 10 percentage points lower than normal vodka, meaning a single 25ml serving is less than one unit of alcohol.

It is also just 82 calories per measure and designed to be drunk with soda water. In comparison a single measure of vodka and coke is around 110 calories.

Lisa Ronayne, european senior brand manager for Ketel One at Diageo, argues that the Botanical range is “something no-one else has done before” and that it taps into a growing market of health-conscious consumers who still want drinks that taste good. Ketel One also hopes it will attract gin drinkers, a market that is growing much more rapidly than vodka.

She explains: “While this is made with Ketel One vodka it is halfway between a vodka and a gin. It’s not vodka because it’s lower ABV and it’s not a gin because there is no juniper in. It’s something no one else has done before.”

She adds: “It lets us tap into a consumer who is looking for a balanced and more mindful lifestyle. A consumer who would typically drink a vodka soda but doesn’t always deliver enough taste in a vodka and soda.

“It’s kind of that perfect mix between I want something tasty but most things that are tasty are higher calories I want to be well-behaved but well-behaved often doesn’t taste very interesting”.

Launching a new product such as Ketel One Botanical raises a twin challenge for Diageo. It needs to raise brand awareness but also communicate what the product is and how and when to drink it. It also needs to shake off associations of flavoured vodkas as cheap and full of sugar.

Ronayne admits that “A lot of people don’t drink vodka because they think vodka is harsh and tasteless” so “the most important thing is to raise awareness. It’s a drink where you have to explain what it is and that  – despite the fact that it’s low calorie – it is incredibly tasty,” Ronayne adds.

Working on a brand where you’re the target market is very rare but it’s very enjoyable.

Ketel One Botanical launched in the on- and off-trade in March but Diageo is beginning its marketing push this month targeting an audience of 25- to 44-year-olds. The brand will focus on building brand awareness in London and Manchester with outdoor, social media and PR activity across the summer including at Wilderness Festival and during the Chelsea Flower Show.

The premium drink is available to buy through Amazon, Ocado and Harvey Nichols, costing £22.50 for 700ml.

Positioning as an alternative to wine

Ketel One Botanical launched in the US last May and Diageo claims it has been a “phenomenal success”. This is partly because rather than taking share from spirits it is attracting drinkers from the wine category.

This trend is in part down to Ketel One Botanical’s marketing, which shows the drink served in a wine glass. It also sits on the wine shelf in grocery stores.

Prior to Ketel One, Ronayne worked on Diageo’s beer brands, including Budweiser and Red Stripe. What’s the difference?

“Beer is constantly being on [whereas] from the premium point of view it’s about being more selective about what you do. While there are less pieces of activity the detail that goes into them is more,” she explains.

Reserve Brands Group (RBG), the Diageo division which overseas the marketing of its premium spirits brands, is investing £5m in new Christmas activity. 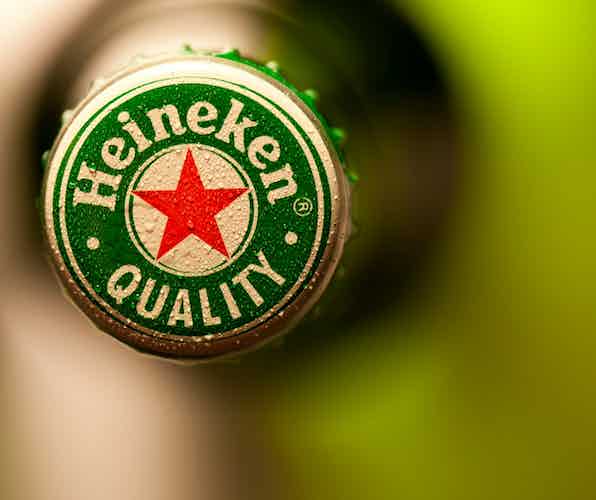 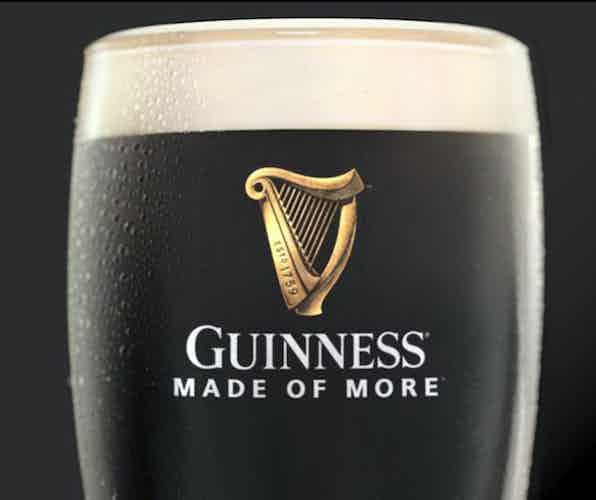 The alcohol giant’s global head of beer on why craft will be a long-term trend and how Diageo is looking to position itself at the “forefront” of digital.