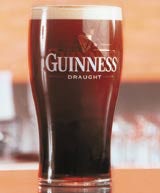 Diageo is planning to introduce a five-litre keg of its iconic Guinness brand, aimed at the take-home market. The launch is not expected till later next year.

The launch follows rival Interbrew’s decision earlier this year to put its Stella Artois lager into the same format.

Others in the market which are testing a similar format include Beverage Brands, which is introducing a party keg version of its ready-to-drink WKD Original Vodka Blue brand in time for the festive season.

A spokesman for Diageo says: “There are several innovative ideas in the pipeline for Guinness, all at various stages of development. This is just one of many that we are looking at, but no tests are planned.”

Experts say that the industry has been expecting new activity from Guinness since Diageo was forced to ditch Guinness FastPour, its pint dispensing system. The FastPour system, which claimed to deliver “a perfect pint” in only 25 seconds instead of the usual 119.5 seconds, was ditched earlier this year following a disappointing response from customers (MW May 22). The system was used to serve Guinness Draught Extra Cold and was aimed at busy bars needing to cut waiting time. It was first tested in September last year in pubs across London and Yorkshire.

JJ, the digital agency, has created a digital brochure for the DaimlerChrysler-owned Smart car brand.

GWR Group, owner of Classic FM, has appointed Jim Cruikshank as its first group marketing director. Cruikshank, a former media director at Leagas Delaney, was marketing and commercial director for Asserta, Norwich Union’s online property business. Cruikshank left Asserta in April and since then has acted as a consultant for Ebay, the London Stock Exchange […]

Ben Sherman has declined to comment on the future of its personal endorsement deal with footballer Rio Ferdinand, who could face a playing ban of up to two years if found guilty of avoiding a drug test.