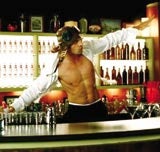 Drinks giant Diageo is planning to embark on a massive shake-up of its agency relationship worldwide, in a move that could shrink its existing roster. Diageo spends an estimated $2.6bn (&£1.5bn) a year.

Insiders suggest that the decision to review the way Diageo manages its agencies is also likely to result in the ditching of the traditional commission-based agency remuneration in favour of a performance-based system. Also called payment-by-results, it is a system in which creative campaigns are judged and rewarded by what they deliver in sales.

The changes are expected to come into effect in the first quarter of next year.

One source says: “The changes are all in line with Diageo’s ‘Simpler, Faster and Better’ strategy, which will result in agencies being reviewed over contractual issues such as their performance, best practice and pay.”

The move is thought to have been triggered by a continuing profits slide. Sales for Smirnoff Ice dropped 25 per cent in Europe last year, compared with a 15 per cent fall the previous year, and Diageo is also thought to be struggling to increase sales of Guinness.