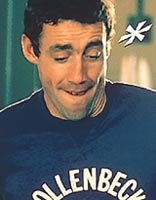 Diageo is planning to launch ready-to-drink (RTD) brands in the UK that have been tested in other countries. This forms part of its strategy to use RTDs to drive growth.

While its most successful RTD brand, Smirnoff Ice, is sold in 15 countries, other RTDs – such as J&B Twist, a blend of whisky and citrus flavours, and rum mix Bundaberg &amp; Cola – are available only in one or two markets.

J&B Twist was launched in Spain and Portugal earlier this year, to capitalise on the success of the J&B brand in those markets, and Bundaberg &amp; Cola is sold in Australia along with Johnnie Walker &amp; Cola and Smirnoff Baltik.

The success of Smirnoff Ice, which was introduced to the US earlier this year, helped fuel a 19 per cent increase in the company’s pre-tax profit for the year to June 30, to £1.72bn.

Speaking at Diageo’s AGM on Tuesday, group chief executive Paul Walsh said that the company was aiming to expand its RTD range.

Diageo claims that spin-off products reinvigorate the parent brand. The company is rumoured to be planning an RTD version of Captain Morgan rum, although this brand is the subject of an ownership dispute with rival Allied Domecq.