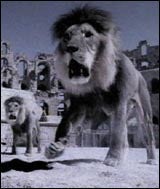 Guinness UDV has reshuffled its marketing team, handing the position of marketing director of premiums and whisky to Richard Wells.

The position is a new one, formed as a result of brand realignments across the business following the company’s acquisition of Seagram earlier this year.

In his new role, Wells will have responsibility for brands including Bell’s and Johnnie Walker Black Label. He was previously marketing director for J&B, Tanqueray, Smirnoff Blue, Bulleit bourbon, Three Barrels and Cuervo.

Wells joined Guinness in 1998 and has held senior sales positions in both the onand off-trade sectors. Prior to that, he spent five years with South African Breweries.

Guinness UDV claims that Bell’s is the best-selling whisky in the UK and South Africa. Earlier this year, it relaunched Bell’s eight-year-old whisky in a bottle with a longer, fatter neck. It was the first resdesign in 20 years, and saw the ditching of the strapline “Afore ye go” (MW March 21). The relaunch was handled by branding agency Futurebrand.