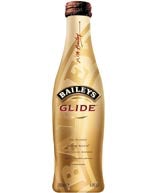 Glide, a low-alcohol and “long” version of Baileys Irish Cream, was the brand’s first range extension (MW December 12, 2002). Available in 200ml bottles, it was positioned as a drink for special occasions and not as a standard ready-to-drink product. It was intended to build on the success of the parent Baileys brand, which has the lion’s share – almost 60 per cent – of the cream liqueur market.

Baileys Glide is four per cent alcohol by volume, about a quarter of the strength of the core product, and has been available with added vanilla.

One industry observer says the recent entry of new, smaller drinks companies into the ready-to-drink market – such as Independent Distillers, which makes Mudshake – has dented Glide’s fortunes.

Following the launch of Glide, Diageo also brought out Baileys Minis – the products sit together on the supermarket shelves.

A Diageo spokeswoman insists that Glide has merely been on test for two years. In a statement she says: “Glide has been on test since September 2003 and was further tested in Australia and New Zealand. Overall, however, the product did not consistently meet the benchmarks required to proceed with a global roll-out.”