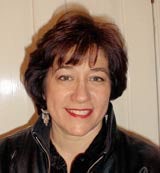 Drinks giant Diageo has promoted UK marketing director Syl Saller to the role of global director of its brand innovation group. She will report to president of global marketing, sales and innovation Rob Malcolm.

Separately, the Baileys global brand team, led by Wendy Darlington, will now report directly to Malcolm instead of to the global innovation director, leaving Saller to focus on leading innovation.