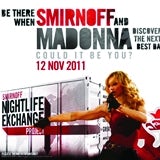 “Co-created experiments” to explore “the full capability of the platform” will also be a feature of the deal, the companies said in a statement.

The move, Diageo says, was prompted by a “strong return” on investment from previous campaigns. It claims that that an analysis of activity for five of its brands in the US showed Facebook campaigns led to a 20% increase in sales.

Its collective fan base for its entire brand portfolio grew from 1.2 million to 3.5 million in the past 12 months, the drink maker adds.

As part of the deal, Facebook will also provide metrics to help Diageo define ROI and performance across some of its brands.

Facebook has been reaching out to brands this year in a bid to counter criticism that social media campaigns are unaccountable and lack creativity.

A “client council” was setup in June that will see the social network work with the likes of Coca-Cola to develop marketing and advertising ideas to be used for its platform. An audience insight team was also setup to help brands measure the results of their social media activity.

Diageo’s chief marketing officer Andy Fennell, who will join the client council as part of the deal, says: “Facebook has been a natural fit for us from day one. Working in such close collaboration will allow us to really maximise consumer participation at scale in our campaigns, particularly in emerging markets.

We are already seeing real value from our work in this space. Over 950 Diageo marketers around the world have now been trained in Facebook boot camps to build their social media capabilities and we are seeing significant returns on investment across a number of brands. We expect this new way of working to deliver even more commercial value for Diageo.” 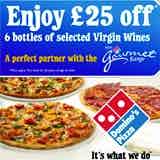 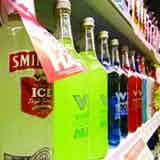 ITV has signed a deal with Sony PlayStation’s DanceStar Party game to sponsor the third series of The Only Way Is Essex (TOWIE).