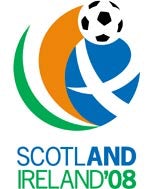 Diageo GB has signed up as a corporate sponsor to the joint Scottish-Irish application to host UEFA’s 2008 European football championships.

The deal is seen as so significant for the bid that an announcement will be made on Wednesday 24 July by Irish prime minister Bertie Ahern, in a ceremony at Diageo subsidiary Guinness’s Dublin brewery.

Unusually, the beer and spirits giant will be using the Diageo name for the sponsorship – rather than that of a brand such as Guinness or Bell’s – because it wants to build consumer awareness of the corporate brand. It is understood that Diageo will pay the bid organisers a six-figure sum and will provide other support, such as accommodation at the Gleneagles Hotel for visiting UEFA officials.

The Scottish-Irish bid, which is also sponsored by BT and has the backing of Manchester United manager Sir Alex Ferguson, is understood to be second-favourite of seven applications on the table, close behind a joint Swiss-Austrian bid and ahead of a Scandinavian bid. There are also joint GreekTurkish and Bosnian-Croatian entries, and individual proposals from Russia and Hungary. However, some experts say the Swiss-Austrian bid could be ruled out, as Germany will host the World Cup in 2006. UEFA will make a decision in December.