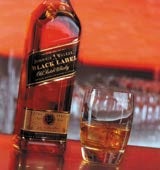 Diageo is preparing to sign a multi-million pound headline sponsorship deal between its Johnnie Walker whisky brand and the McLaren Mercedes Formula One racing team.

The news comes as Imperial Tobacco plans to withdraw its West brand sponsorship from the team next summer as a result of tobacco sponsorship restrictions that come into force in Europe.

Diageo has been in talks with McLaren, as well as rival BAR Racing, since the summer about a potential deal. Sources say the company has decided that McLaren provides the best deal as the team is understood to be offering to change its car colours to fit the Johnnie Walker branding after West exits from the deal.

A Diageo spokeswoman says that the company does not comment on industry speculation. She adds that all negotiations are confidential.

Other industry sources say the company sees the sport as a useful marketing tool in key regions such as China, which hosted a grand prix for the first time this year.

The viewing figures for Formula One in 2004 have not shown much improvement. According to figures released this week from media agency Initiative Media, average television audiences per race declined by six per cent in 2004, although total audience numbers rose six per cent as two extra races were added to the calendar. The new Chinese Grand Prix was the second-least popular of the season, with just 32 million global viewers.