Whether the deregulation of the directory enquiries market has benefited consumers, as it was meant to do, is provoking strong debate. Deregulation may have brought us one of the most memorable advertising campaigns of recent years from The Number’s 118 118, but two years after 192 was scrapped and replaced with the new 118 services, prices have gone up, according to a National Audit Office (NAO) report published in March, and the general public has lost out.

This despite the fact that deregulation has also cost BT its market dominance. It enjoyed a monopoly with its 192 service, but now trails The Number with a 26 per cent market share (in terms of usage) for its 118 500 service, according to Ofcom. After deregulation, The Number took the featuring two 1970s runners created by WCRS. It now has a 41 per cent share of the market.

The Number marketing director Alexandra Lewis says: “The characters helped get us to the front of people’s minds when 192 was switched off. We’re the market leader and that’s testament to how memorable the campaign was. We also made a quick decision to buy 118 118. People have so many numbers in their heads it was important to obtain the easiest to remember.”

BT came to the party relatively late, launching its much less memorable “Post-it notes” campaign through St Luke’s well after the two runners hit television screens. Like the other main players in the market – Yell with 118 247, Conduit with 118 888 and the company called 118 866 – BT spent millions on its launch, only to lose its position as market leader.

In the wake of the NAO’s damning report, the key players in the &300m market are again starting to jostle for position. Conduit, which used superheroes for its launch advertising campaign through Euro RSCG, has already revamped 118 888, this time opting for a direct marketing approach through Tequila.

BT also looks as though it will take a different tack. At the end of July it moved the 118 500 business out of St Luke’s and into Abbott Mead Vickers.BBDO as part of a review of its &40m consumer advertising account (MW last week).

But The Number shows no sign of relinquishing its lead, and is using the runners in its advertising as it rolls out its service across Europe.

Critics claim these high-profile campaigns – The Number is thought to have spent tens of millions of pounds on marketing since launching two years ago – are to blame for the rise in call charges. 192.com managing director Keith Marsden says: “There is an ongoing battle between suppliers and every so often they have a blitz and spend millions of pounds on advertising to steal market share. But, ultimately, consumers are the ones who end up paying for it.”

Show us something new

Marsden claims deregulation was a failure because it did not generate proper competition. “It’s failed from that point of view and it’s failed from an innovation point of view because we were supposed to get lots of new services and there’s actually precious little that’s new.” 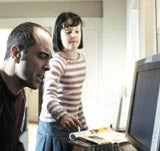 The NAO report would appear to support this view. It says consumers are completely in the dark about the cost of calls, which are now typically 25 per cent more expensive than they were before deregulation. It adds that many people are shunning the services, with calls falling by more than 3 million a week.

On deregulation, then telecoms regulator Oftel claimed that the move would lead to cheaper calls and a host of new services for consumers, including onward call connection and access to information such as train times.

But on publication of the critical NAO report, Edward Leigh, chairman of the Commons Public Accounts Committee, accused Oftel of having ignored the wisdom of the phrase “If it ain’t broke, don’t fix it.”

He said: “Oftel has made an unpopular and unnecessary change. Just because competition generally brings great benefits does not mean it always works. This is an instance where competition was not needed and is not helpful. Most of us are paying more and do not appear to be getting a better service.”

The NAO report claims that consumers are so confused that just over half cannot spontaneously recall a 118 number, while 192 was universally known. It showed typical charges have risen from 40p to more than 50p and that, on average, complaints have risen from 25 a month prior to the switch to about 130 a month.

However, Megan Smith, project director at industry monitor 118Tracker.com, believes deregulation was the right decision. “There have been a lot of improvements and we have consumer choice now,” she says. “Some companies charge 27p for a call and that’s cheaper than 192. Had 192 not been deregulated people would have been complaining about that.”

However, research from Ofcom, also published in March, shows that only one in ten people surveyed believe the 118 services are better than 192 and seven out of ten said they were confused by the choices available.

Counting the cost of confusion

Ovum research director Serifino Abate admits there is confusion, but says in the long term the change will be beneficial. However, he believes Ofcom or the Competition Commission should intervene if prices do not come down soon.

He adds: “Prices did not go down immediately after the liberalisation of the fixed-line telecoms market. It’s very early days, but if prices stay high the Competition Commission should have a look at why they are not coming down.”

For the time being at least, advertising looks as though it is one of the crucial factors influencing consumer choice when it comes to different providers.

The Ofcom study revealed that 24 per cent of those questioned said the main reason for using a particular directory enquiries service was advertising, while 17 per cent said it was the ease of remembering the number. But, rather worryingly for the market as a whole, the percentage of those questioned using directory enquiries has declined from 69 per cent in 2002 to 48 per cent.

Perhaps the high prices and lack of significant improvements in accuracy levels are putting off consumers, who can always turn to the internet to source numbers. The next wave of marketing investment may yet result in a price war – a long-promised benefit of deregulation.