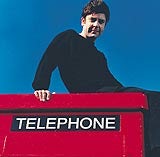 Two UK telecoms giants last week announced plans to pump a combined &£115m of new money into promoting their brands. While Manchester United players Ryan Giggs and Mark Bosnich posed with their new Vodafone sponsored shirts to announce a four-year &£30m tie-up between club and phone giant, rival BT was preparing to double the spend on its “ET” ad campaign.

Vodafone announced its Man Utd deal from a strong position. Under the dynamic leadership of Chris Gent, it has merged with AirTouch of the US, is busy digesting Germany’s Mannesmann after an aggressive takeover, and has just signed a deal with BSkyB to offer multimedia mobile services.

But BT’s pledge to spend a further &£85m on advertising came a week after one of its sharpest declines in profits.

Third-quarter pre-tax profits slid 24 per cent. BT chief executive Peter Bonfield said the company had been the victim of increased investment and increasing competition from rivals – such as mobile player Vodafone, cable companies like NTL and cut-price call operators such as Alpha Telecom.

BT’s domestic telephony business has suffered from users switching from fixed-line phones to mobiles as mobile tariffs have tumbled.

Charges for wholesaling BT line capacity – space on its network – have fallen, allowing resellers to undercut BT prices. BT’s margins are getting slimmer.

SG Securities analyst James McCafferty believes BT’s problems are short term: “BT is carrying a lot more wholesale traffic than ever before, but it is delivering these calls at a lower margin.”

But BT’s brand positioning may prove a more long-term problem. BT marketing director Angus Porter admits that “BT is still perceived as the bad old ogre of the market, with expensive call prices.”

Porter says BT’s share of telecoms ad spend is now at an all time low of 30 per cent because an increasing number of competitors are upping spend on ads.

McCafferty agrees BT’s marketing spend needs to work harder: “From the public’s point of view the BT brand has got better. It rebranded Cellnet as BTCellnet, because it adds warmth. The problem is its marketing is not making as much impact in a crowded market.”

Interbrand Newell &amp; Sorrell managing director Tony Allen says: “I can see the connection between Maureen Lipman’s Beattie and ET, but ET is old and needs looking at.”

But Porter says BT has a three-year licence to use ET, which reputedly cost &£2m, and will continue to do so with the addition of new value-for-money messages.

Peter Matthews, managing director of Nucleus – strategy, positioning and branding consultants to telecoms companies including BT, Cable &amp; Wireless (C&W), UPC and MCI WorldCom – says: “The Piper logo was great in its day but BT has to take on board it is operating in a new environment and change is good.”

Matthews believes BT’s branding problem runs deeper than ET. He says a new perception of brand value must be acknowledged: “In the past, people wouldn’t trust a new brand. Brand heritage was an important part of the strategy.

“But the Internet changed all that. People buying into new ways of doing things want dynamic, fast companies, not old companies with old cultures. BT needs to be seen as dynamic and offering new things or it will quickly become irrelevant.”

But other factors underlying BT’s profit slide will take more than extra ET ads to sort out. Industry observers believe BT is hamstrung by a culture of complacency, a bureaucratic management structure and a lack of transparency. They say it is an outdated brand. They cite the emergence of new media markets and tighter regulatory handcuffs as the factors which have forced BT into its present plight.

It’s no wonder analysts are starting to think the unthinkable – that BT could fall prey to a predator.

“Analysts are talking about it [a takeover] as a possibility, but BT would be hard to digest. If it could work something out with AT&T it would be good,” says Paul Grim, management consultant at Gemini Consulting, speaking of BT’s US partner in $10bn (&£6.25bn) joint venture Concert.

“BT cannot be as complacent as it has in the past. Customers are more willing to look around,” says another analyst.

At the same time the international call market sector has been swollen with new entrants and Concert has suffered the set-back of a revenue forecast &£3bn lower than expected.

Concert is seen as BT’s possible saviour: “Concert is potentially one of BT’s biggest strengths – there are only going to be so many global backbone providers,” says Grim.

Analysts say Concert should be spun off from BT as should its Internet operations, mobile arm BTCellnet and disparate investment across Europe and Asia, which are seen to be in need of consolidation.

Separate companies would give investors greater insight into BT as a whole. McCafferty says: “It ought to be more focused and float the IT, Cellnet and international ventures to give visibility to investors.”

Grim agrees a more flexible and simple structure is needed: “One of the downsides to BT is its complex structure. It is not easy to co-ordinate across divisions or companies. It needs to sort out its stakes in Europe, co-ordinate, consolidate and take full ownership of them.”

But BT’s strategy seems to be unclear. Deutsche Bank analyst Steve Malcolm says: “It must address investors’ concerns, particularly the management of assets and how it will get to control those assets.

“Historically we have been supportive of BT, and still are, but it has missed the boat somewhat,” says Malcolm.

Floating divisions would also give the business focus, something which C&W is seen to have done successfully.

Graham Wallace’s strategy of concentrating on a global data business. It has just acquired eight European Internet service providers, to stock market cheers. The strategy has reversed investors’ negative views of the company reflected in a share price up from 658p in November to 1,396p at the beginning of this week.

Nucleus’ Matthews says: “People used to look down at C&W and see a ragbag of interests without focus. But Wallace has focused on Internet Protocol, and investors see it as an exciting business without the problems of a legacy voice business. BT has got to implement a lot, quickly.”

Implementation requires investment. He says: “The huge investments being made by companies such as Colt are not liked by conventional investors. Most analysts would be happy to hear BT was investing these sums but it is investing too late.”

One area which requires the colossal sums of investment being discussed is ADSL technology – asymmetric digital subscriber line – which allows broadcast TV to be carried over telephone lines. It is expensive to introduce but other former state monopolies have done it faster, according to Matthews.

BT is piloting projects based on high-speed Internet access and video-on-demand. The trouble is other players have gone further, faster.

Kingston is planning to expand its network reach and claims a pilot outside Hull has seen it take 44 per cent of BT’s customers in the area. If BT doesn’t hurry, the best content providers will have gone elsewhere taking their customers with them. BT is seen as having been left behind in Internet developments. As one analyst says, Deutsche Telekom owns Germany’s leading portal T-Online, but in the UK BT’s Internet services are not in the same position.

But surely BT has been preparing for increased competition since the deregulation of the market in 1986? Deregulation hit Deutsche Telekom and France Telecom hard when their respective markets were opened to competition. BT does not seem to have learned from its European counterparts’ predicaments.

“BT is not the first ex-publicly-owned telecoms company that has suffered attacks in its domestic market and not achieved new revenue quick enough through new channels – Internet protocol or international sales,” says Matthews.

Deutsche Bank’s Malcolm adds: “BT should have seen it coming and my impression is that it did, but did not manage the flow of information to investors which are disillusioned with the management.”

He thinks that by managing the news flow to investors better, BT could help them see the company’s value more clearly.

Other observers reiterate this point. Grim says: “It needs to communicate what its strategy is. The complexity of its structure means it is even failing to communicate about its fast-moving, entrepreneurial divisions.”

BT’s internal culture is not seen as changing this communication problem.

Malcolm believes the BT management team – lead by Bonfield, Sir Iain Vallance and Bill Cockburn – has had a “patchy record over the past six to 12 months”.

And Matthews says: “The successful chief executives of the next five to ten years will be the ones prepared to kill off their favourite babies.”

Whether Bonfield will go the Wallace route remains to be seen.

According to Allen, it is the internal culture that needs changing as much as the external brand. “The inside culture is the problem: there are still a lot of employees from the Eighties. An ad campaign is not going to solve deeply ingrained business problems.”

Allen thinks BT should seek to communicate a more innovative edge which Matthews says can only happen if its staff are asked to think in a “non-BT way”.

That Bonfield gave investment as one reason for the third-quarter profit slide may come as a relief to investors and analysts which believe investment is badly needed. But as Matthews says: “”In Internet time, one year equals 12 weeks, in BT time one year equals 52 weeks. BT must take a long, hard look at its company because in 12 weeks’ time another Internet year will have passed and another new company will have arrived to take some of its market share.”