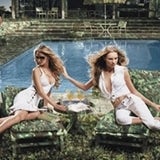 Diesel, the fashion brand best known for its jeans, is to shift its online marketing towards user-generated content, with a variety of new initiatives over the coming months and an increase in online spend.

The moves follow the appointment of a new interactive marketing manager at the Italian fashion house. Miguel Ares takes over from Chris Mair who has moved to the brand’s incumbent digital agency Airlock, where he is now strategy director.

Ares says: “Everything we do nowadays has an interactive element. We’re increasing the percentage we’re spending on interactive.” He adds that the company was moving away from banner ad campaigns and using more online PR, search marketing and linking with blogs. “We’re focusing a lot more on user-generated content. Diesel.com will take on a more interactive role,” he says.

London-based Airlock, which has worked with Diesel for the past four years, is to continue with the brand. The two are currently working on marketing plans for Diesel’s Fall/Winter collection which is likely to integrate online and offline work and is due to launch in around a month’s time.

Diesel, which recently opened a new flagship store on London’s New Bond Street, is also moving ahead with the next stage in its U-Music contest. The competition for unsigned bands, which is supported by Sony Music and Billboard, is in its fifth year and is now global, with online submissions opening earlier this month.

Airlock’s first campaign for Diesel was the online execution of a TV campaign called Oil Klash Klash in 2002. Since then, it has handled all of the brand’s online advertising activity worldwide and worked directly with Diesel subsidiaries in more than 20 countries.