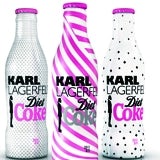 The brand will use TV advertising, merchandising, packaging and digital to push Diet Coke’s new “a lighter approach to fashion” internal message.

Coke has tried several strategies for Diet Coke in the past five years to resonate with its female audience, bringing back the Diet Coke hunk in 2007 and signing up Duffy to star in a TV ad campaign in 2009.

Zoe Howorth, market activation director for Coca-Cola GB, says she has been encouraged by the response to recent fashion tie-ups such as Diet Coke’s sponsorship of London Fashion Week and a promo deal with Asos.com. She now wants Diet Coke to be seen as a fashion brand for “demanding fashionistas”.

Designer Karl Lagerfeld has produced three limited edition Diet Coke bottles and brand-inspired high-end merchandise including a clutch bag, scarf and top. The accessories will be available to win on a dedicated fashion-led digital game that launches in June.

A new Diet Coke TV ad, set in a fashion office and starring the puppets that featured in its last campaign, will launch 11 April and run for the entire year to encapsulate the different strands of the fashion strategy.

Diet Coke grew 8% in value with sales of £450.5m in 2010, according to Nielsen. However, male-focused Pepsi Max was the best performer in the take-home cola category last year, growing 19% in value. 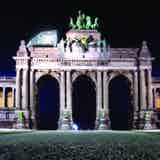 Household appliance manufacturer Electrolux is to open a series of pop-up “Cube” restaurants placed on iconic European landmarks to convey the “theatre” of its products.

A round-up of retail stories in the news this week… Prada, Oddbins, All Saints, Mothercare, Walmart, Best Buy 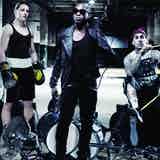 Lucozade is using musicians as brand ambassadors for the first time in its latest marketing campaign, repositioning the entire Lucozade portfolio as a “celebration of energy”.