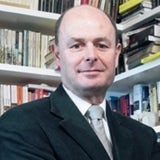 Freeview and Sky have already helped the UK to become a world leader in digital TV take-up, but Digit Al still needs to convince the analogue die-hards

The problem is that Digital UK must persuade the real-life Pollards that turning off their analogue TV signal and forcing them to buy new equipment is in their best interests.

“Yes, but no but, yes but no but…. shut up” could well sum up the mixed reactions many people feel towards the plan to switch off their existing TV signal.

On the one hand, 70% of homes already have at least one digital TV connection, via cable, satellite or the digital terrestrial TV (DTT) system Freeview. That is a remarkable achievement, and makes the UK a world leader in digital TV.

On the other, almost every home still has at least one TV set and probably a video recorder that needs converting. That’s 40 million TVs, according to Digital UK. At the same time, more than 1,000 TV transmitters need to be switched from analogue to digital, region by region.

You can imagine other Little Britain characters trying to deal with it.

There’s the agonising over which digital system to choose, which could be summed up by the wheelchair-bound Andy: “I want that one”, followed shortly by “I don’t want it”. Quite a few people on the fringes of the Freeview coverage areas feel the same, having discovered when they got the box home that it freezes or doesn’t get much of a picture at all.

This problem should be rectified when switchover happens because the power of the digital terrestrial transmitters can then be boosted. Until then, many of these viewers – and the 25% of the country who currently live outside the Freeview transmission areas altogether – will remain frustrated, as they sit through the constant promotions and advertisements for the free-to-air digital services they cannot receive.

But just because you don’t live in a Freeview area doesn’t mean you can’t watch digital television free-to-air, as another Little Britain character might testify – Dafydd, the only gay in the village.

Wales is a notoriously bad area for Freeview reception, partly because of the mountains. You might think, therefore, that the penetration of digital TV would be lower there than in other parts of the UK.

You’d be wrong, according to the latest Ofcom report on the communications market. For the first time, it analyses the figures by nations and regions. This means it uses data from last summer and autumn, rather than the very latest national figures, but it reveals a wealth of intriguing information – not least on the availability and take-up of digital TV.

Only 57% of households in Wales are covered by the DTT Freeview signal at the moment. Only Eastern England has lower coverage, at 54%, compared with 86% of the homes in London, 89% in North-east England and 94% in the North-west.

So guess which regions have the highest take-up of digital TV?

As you’d expect, the North-west does well with 72%, and so does the North-east, with 71% – both much higher than the national average, which last autumn was 65%.

But Wales was the equal-highest, with 72%, while London was one of the lowest, at 58%, ahead only of Northern Ireland. Ofcom chief operating officer Ed Richards, who presented the findings, suggested London’s poor showing might be because it has a high transient population, unwilling to enter into year-long contracts. But that wouldn’t stop them buying a plug-and-play Freeview box.

Welsh viewers, on the other hand, have invested heavily in Sky: 46% of homes in Wales have a Sky connection, compared with the then national average of 32%. Ofcom suggests this is because existing analogue reception is poor in many parts of the country, and may have had something to do with viewers wanting to watch Wales win the Six Nations rugby last year (four of the top audience ratings in Wales last year were rugby-related).

But surely another reason is that they want to receive Channel 4, as opposed to the Welsh fourth channel S4C?

The survey also shows that Digital UK has some way to go in winning over those viewers who haven’t yet seen the attraction of going digital. The researchers asked those people who hadn’t yet got a digital connection whether it was because they couldn’t receive it, couldn’t afford it or didn’t want it. Most of them said they saw no reason to get it.

If all else fails….