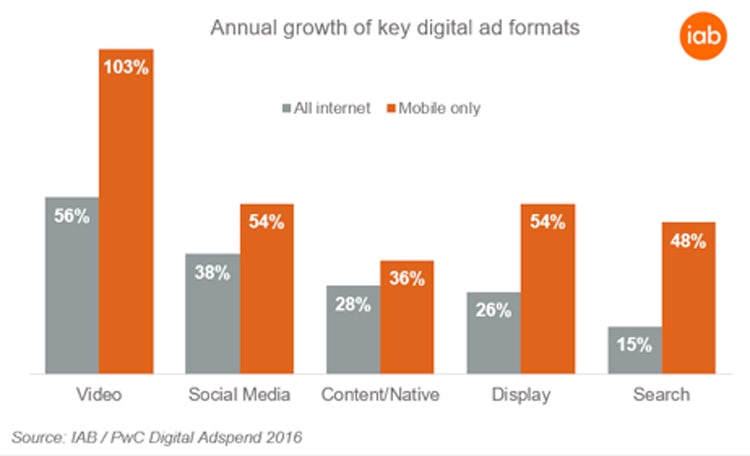 Digital advertising spend grew 17.3% in 2016 – its fastest rate of growth for nine years – pushing it above the £10bn mark for the first time, according to the Internet Advertising Bureau [IAB] UK and PwC’s annual digital ad spend report.

The growth was driven by a marked rise in mobile ad revenues, which were up a headline-grabbing 50.8% to £3.87bn. Mobile now accounts for 38% of all digital ad spend in the UK – up from just 4% five years ago.

Mobile now dominates formats including video ad spend (63%). It also took a 76% share of content and native, and a 79% share of social media ad spend in 2016.

He explains: “It is such a big driver of digital ad spend, it will start to seem silly to separate mobile and digital. The term mobile will soon disappear and we will just accept it as digital, which is then optimised for different screens.”

In 2016, spend on mobile video ads more than doubled (up 103%) to £693m – making it the fastest growing ad format. This means it accounts for a whopping 29% of the total growth in digital ad spend.

The rise of direct programmatic 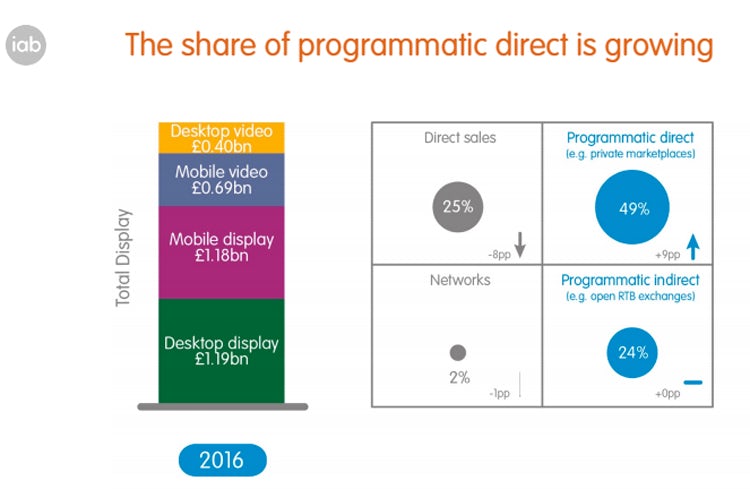 Chandler insists this shows that brands are looking to “take more control over where their programmatic ads are appearing”.

However, despite his claims, the figures show programmatic indirect still accounts for 24% of display spend, the same proportion as last year. Instead, marketers seem to be moving money out of direct sales, which saw its market share drop 8 points to 25% (see above).

Yet, surely the health of digital ad spend would be in poorer shape had the study measured the first three months of 2017? After all, this was a period in which dozens of brands pulled their advertising from Google due to fears over their content appearing next to extremist content and many senior marketers raised questions over the effectiveness of digital advertising more generally.

Chandler isn’t so sure: “I don’t expect to see a slow down in digital ad spend for 2017, it looks like an unstoppable rise. I am sure there will be a blip for March, but the fact Google acted quickly and there’s been a move for third-party verification were very positive steps.

“My hope is that in six months time we will look back on the Google controversy and say it was a good thing as it meant publishers and brands got their houses in order.”

The IAB recruited Chandler to the newly created CMO role just last month after he left a head of brand partnerships role at Snap Inc. Ultimately, his focus for the year ahead will be on quality control.

He concludes: “There’s perhaps been a realisation [within the IAB] that not enough has been done with the creative community in ensuring content is really pushing the boundaries. It isn’t always about where it appears but what you put in there. If the media is great but the content is shit then you have a big problem.”

The programmatic space is constantly evolving. With that in mind, here’s three of the latest innovations worth keeping an eye on. 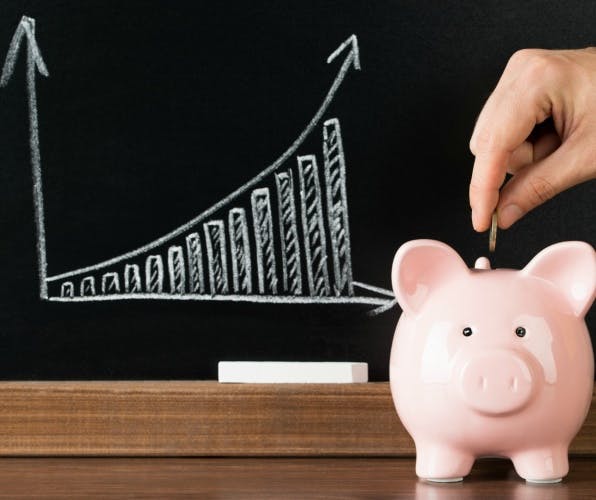 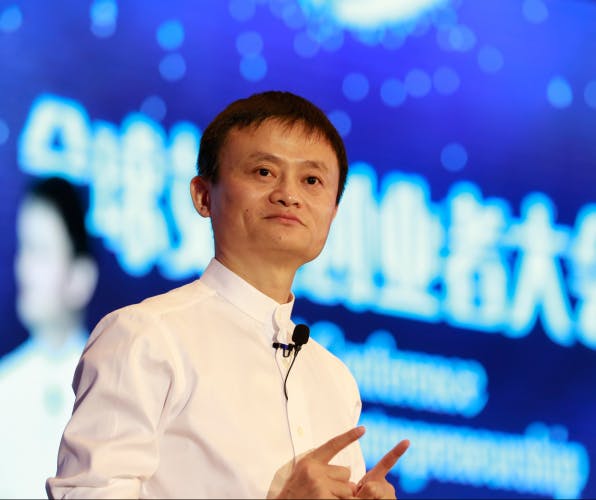