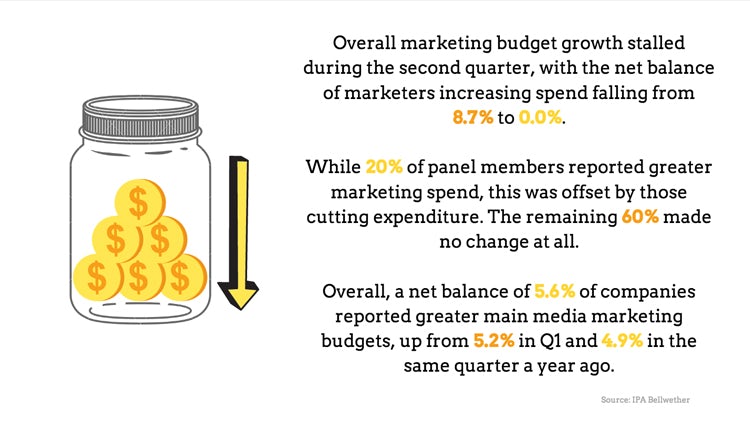 Overall marketing budget growth stalled during the second quarter, with the net balance of marketers increasing spend falling from 8.7% to 0.0%.

Meanwhile, growth in internet advertising budgets slowed, with a net balance of 11.5% of firms reporting budget growth in Q2, compared with 17.2% in Q1. 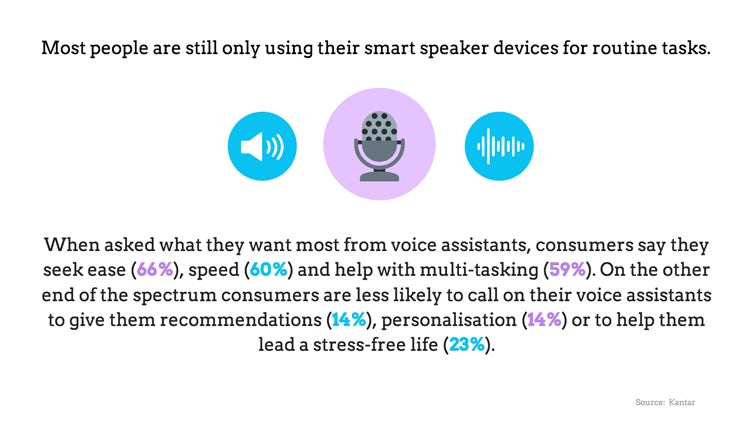 Despite ongoing efforts from the likes of Google and Amazon to embed voice assistants more deeply into consumers’ daily lives, most people are still only using their devices for routine tasks.

The most popular uses include time management activities, listening to music, fact finding and entertainment.

When asked what they want most from voice assistants, consumers say they seek ease (66%), speed (60%) and help with multi-tasking (59%). On the other end of the spectrum consumers are less likely to call on their voice assistants to give them recommendations (14%), personalisation (14%) or to help them lead a stress-free life (23%).

The study also identified that typical smart speaker usage peaks over the weekend, with the most interactions recorded on Sundays, an average of four daily interactions across the week, and short, direct commands rather than questions, dominating interactions. 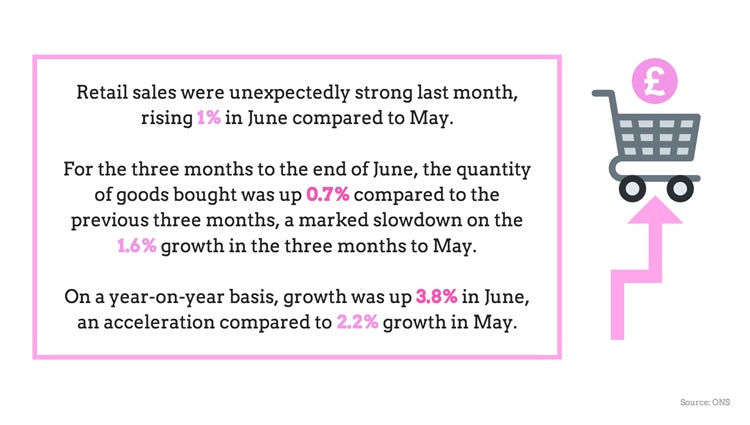 Retail sales were unexpectedly strong last month, rising 1% in June compared to May, boosted by the sale of second-hand goods while department sales continued to disappoint.

On a year-on-year basis, growth was up 3.8% in June, an acceleration compared to 2.2% growth in May.

Online sales were up by 8% year on year in June, with all sectors indicating growth aside from food stores. However, sales were down 0.7% compared to May, meaning online sales as a proportion of all retailing dropping to 18.9% last month, from 19.3% in May.

4. Brands that entertain on social media are most likely to engage 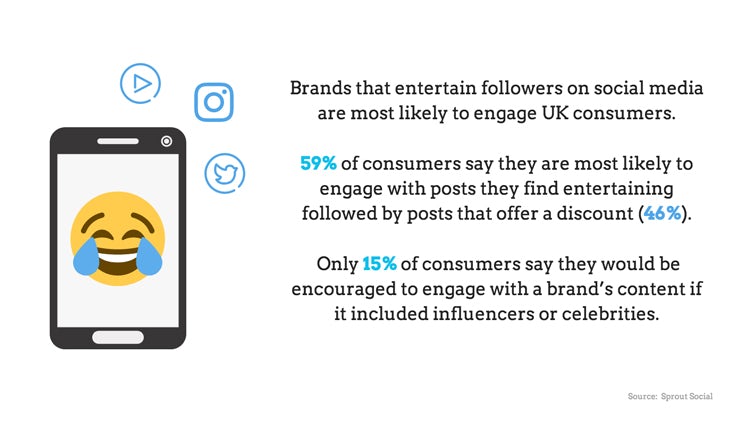 Brands that entertain followers on social media are most likely to engage UK consumers.

In terms of connecting with a brand, 59% of consumers say connection starts with feeling they can trust a brand or business. Forty percent define feeling connected as when a brand understands them and their wants.

However, while 65% of consumers want to connect with brands on social, it can still be a challenging landscape with 55% saying they would unfollow a brand on social because of poor customer service, and 44% would do the same if they felt they were being ignored. 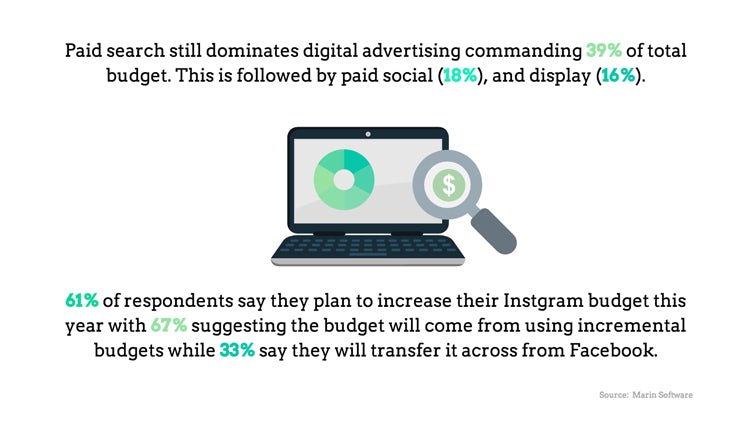 Some 61% of respondents say they plan to increase their Instgram budget this year with 67% suggesting the budget will come from using incremental budgets while 33% say they will transfer it across from Facebook.

Advertisers are also seeing increased potential in Amazon from an advertising perspective, with 60% of respondents planning to increase their Amazon spend over the next year.

Another 55% say they started using Amazon because they see it as a significant growth opportunity, while one in four are looking to increase purchases at the lower end of the funnel.

In terms of the biggest challenges facing digital advertisers when it comes to social, 28% flag attribution, 26% cite generating quality creative and 26% say their biggest concern is brand safety. 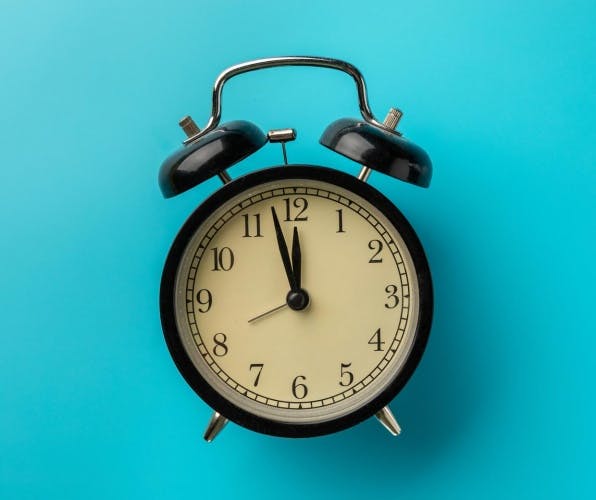 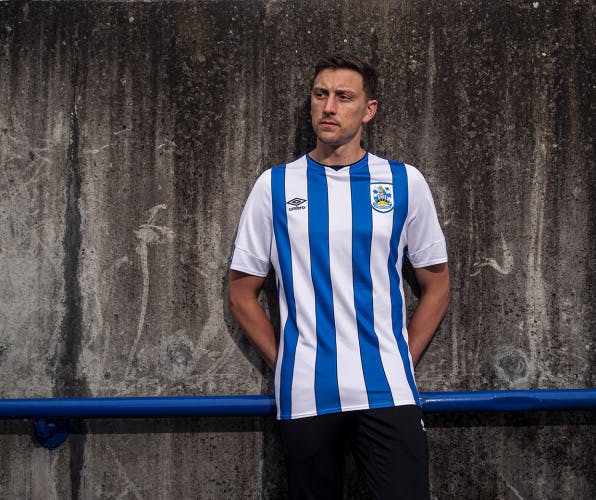 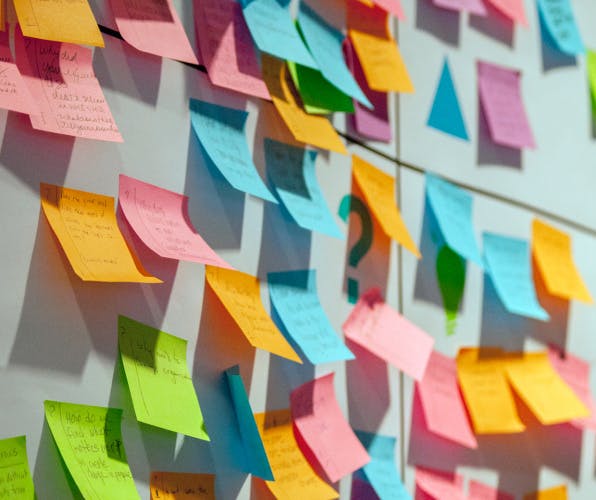 Focus groups are a bone of contention, as a Twitter debate featuring Professor Byron Sharp this week showed, but while they are flawed, they are still a quick and cheap route to useful insights.