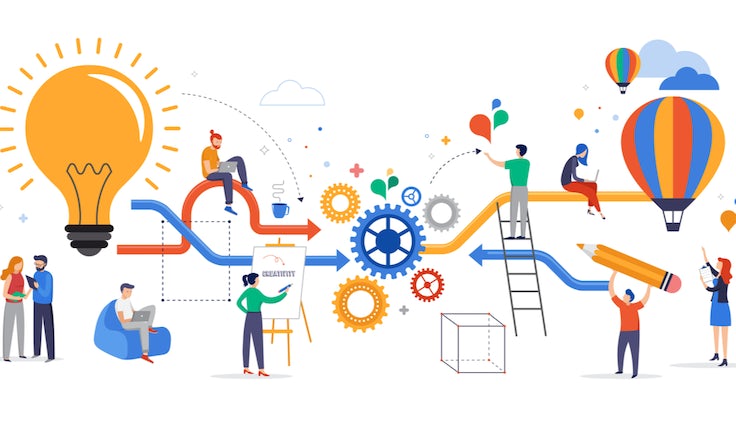 Bring to mind some of the great campaigns of the past – those soaring, surprising, sharply etched brand ideas that were so apt, so unforgettable, so sweetly wedded to the owner brand that, from the very first exposure, a rival marketer would be consumed with both admiration and envy.

‘Reassuringly expensive’, for Stella Artois. ‘The world’s favourite airline’, for British Airways. ‘We try harder’, for Avis. ‘Vorsprung durch technik’, for Audi. ‘Happiness is a cigar called Hamlet’. ‘Have a break, have a KitKat.’ ‘I bet he drinks Carling Black Label.’

Even though, in those days, these big-idea concepts would normally have been launched on TV, or in posters or press, they were not, of course, confined to those high-end advertising media. There would be downstream communications disciplines in any marketer’s repertoire and the ideas would be adapted to suit them and ripple out through them.

This adaptation, and sometimes hotly debated interpretation, would be the remit of specialist agencies, with the experience, knowledge and skills to make things work and add value within the constraints of their discipline. So, there’d be one for point-of-sale material, another for brochures, and others still for sales promotion, direct mail and exhibitions. Digital didn’t exist when those campaigns first broke, but if it had done, it would also have been a specialism, with its own, highly specific, challenges, skillsets and agencies.

Digital is a specialist discipline, peopled with specialist talent, primed to think in a narrow way.

The task of unifying all these strands of creative output would fall to the marketing team, perhaps with a little guidance from the originating agency. In those days it would be less common than it is now to refer to a ‘guidelines’ document; it was more about judgment and experience. And, in any case, if the idea was big and simple and clear enough, it would exert its own guidance, be its own beacon. Your task could be designing the beer mats, but if you were doing it within a brand idea that said, ‘Good things come to those who wait’, you’d know that it would be better not to make a gag about a ‘quick pint’.

Not infrequently, marketers would be aware that they were likely to spend more on these downstream disciplines than on the advertising, but they would never commission any of the specialist agencies to create the big idea. Yes, ‘Ideas can come from anywhere’ was a mantra even then, but one more apt to be trotted out in a meeting than proven in practice. Big ideas have a marked tendency to come from people with the talent, stamina and courage to come up with big ideas. As a general rule, these people were not to be found working in the sales promotion agency.

The need for big ideas

Today, nothing has changed, and everything has. Brands still need big ideas – for cohesion, for distinction, for fame. More so than ever, given the more fragmented media landscape. And those big ideas still need to trickle through the downstream disciplines, in the expert hands of specialists.

But here’s what’s different. Many marketers now operate a ‘digital-first’ communications strategy with little or no spend on traditional advertising. Digital is where their lead budgets are going, so doesn’t it make sense to give that big, open brief for a brand idea to the digital agency at the outset?

It makes about as much sense as going to the shelf-wobbler agency would have made in prior decades and expecting it to come up with ‘Reaches the parts other beers cannot reach’. Digital is a specialist discipline, peopled with specialist talent, primed to think in a narrow way, and come at things through the lens of a remarkable, but ultimately circumscribed, communications thoroughfare.

This year I have witnessed two global marketing teams, with big budgets and juicy briefs – the kind any self-respecting creative team would love to get their hands on – approach their digital-first agencies in search of a bold creative idea. What has come back has been so insipid, so tame, so transient, that these disappointed marketers have since briefed traditional ad agencies, even though there will be no traditional advertising.

On a separate occasion, the CEO of a digital-first agency called me for advice on how to tackle a brief they were struggling with, since it was for a mutual client. My suggestion was to come up with a brand idea before developing any specific digital content. “What’s a brand idea?” came the reply.

An interesting explanation for the seeming absence of big-idea DNA in digital agencies was put to me recently by a senior marketer. It is not simply that they work at speed – which they do – but that they operate in a sphere where things can constantly and easily be changed. The notion of permanence, depth, longevity is countercultural in this space.

The opposing argument might be that with digital you can constantly improve. This is the world of A/B testing, after all. Well, testing may tell you that idea B was better than idea A, but it will not inform you that both were duds. And yes, I get it that the process can be iterative, so that you may learn that C beats B, and so on. But given the apparent paucity of big-idea ambition, guts and flair in digital agencies, you’d be all the way down to idea Z before you arrived at anything that would grace the bin of one of the greats.

Digital is a downstream discipline. Self-evidently, it cannot be downstream from TV and print advertising where there is none – but it is downstream from the brand idea. If marketers cannot get that from their digital agency, they will need to go somewhere else first. That does not mean searching even further upstream in brand or management consultancies because the talent is not to be found there either. Perhaps there is a business case for ‘brand idea’ agencies – natural homes for those with the rare and astonishing talent to come up with original, enduring, envy-inducing nuggets of branded brilliance – who just do that and nothing else.

Digital zealots are fond of telling the rest of us that there is so much about their world that we just don’t ‘get’. But what they need to get is that there is no such thing as digital-first communications. It’s idea first. Not easy, not at all. But get that right and the rest, in the dedicated hands of a whole suite of specialists, will pretty much take care of itself. 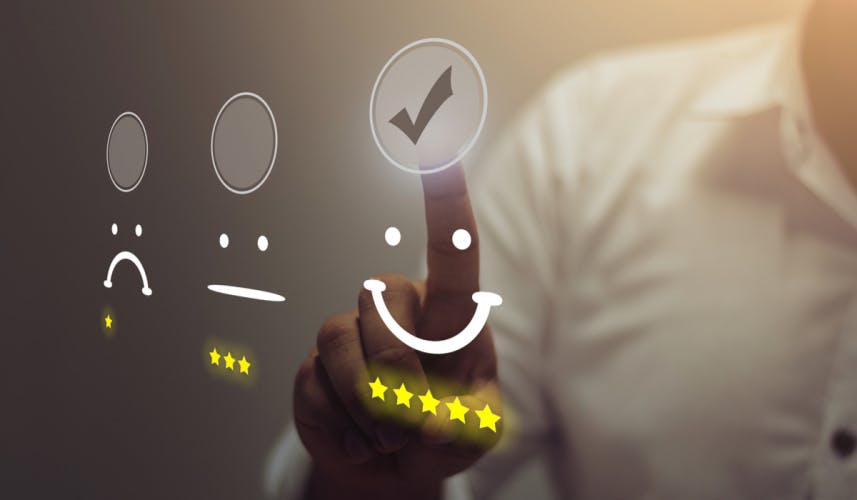 When analysing simple metrics like NPS marketers can’t look at the number in isolation, they must frame it within a wider context, diagnose what it means and ask how it can be improved. 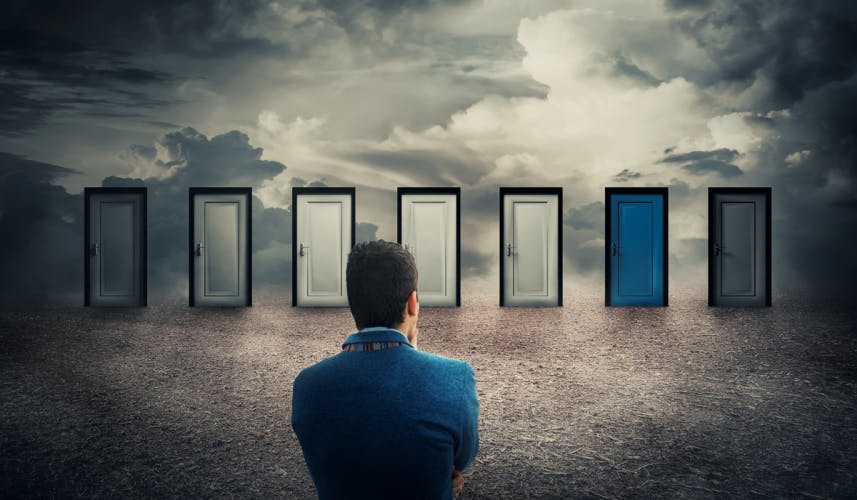 Despite the demise of network agencies being greatly exaggerated, to thrive in 2021, marketers need to choose their agency partners more carefully than ever. 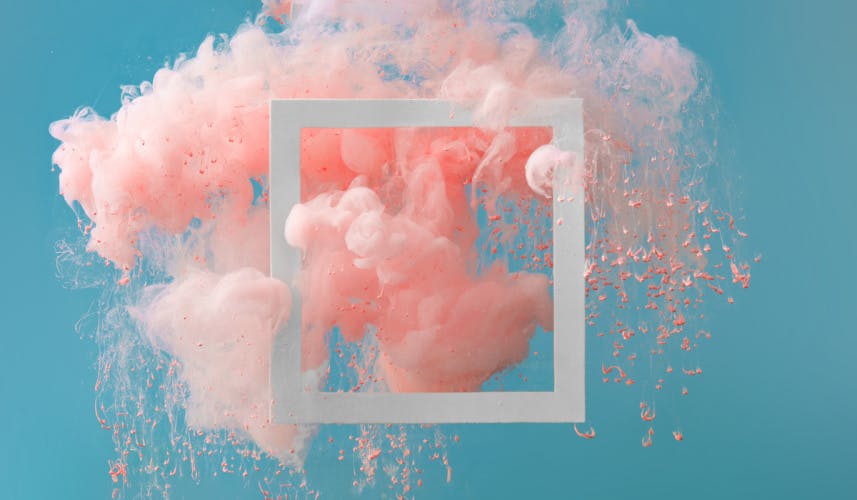