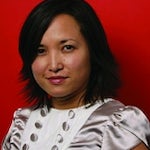 This week we learned that Spotify had agreed a deal to have its unlimited mobile download service available to 3 mobile customers. This will see it pitted against Nokia’s Comes With Music service.

Meanwhile, in July, Orange teamed up with Universal Music to launch the UK’s first pay as you go package that offers a free music service.

Of course, there’s also We7, which was the first to launch an ad-funded model ahead of Spotify but which has so far failed to gain the profile the latter has enjoyed in the consumer market place.

We7 is hoping to rectify this with the launch of a subscription service before the end of the year in a bid to grow its share. It is also looking to diversify its business model by signing distribution deals with a number of media partners.

The myriad of models, which also includes Apple’s iTunes, is presenting consumers with an increasing number of choices on how they listen to and buy music. Not surprisingly BT and Virgin Media are expected to be the next to launch into this market.

What is interesting with these players is how they could potentially use such a service to form part of packages spanning their wide portfolio of offerings.

Take Tesco as another example. The retailer is making a concerted push to extend the brand into other sectors. On its mobile service, Tesco Mobile, it is planning to double its number of in-store phone shops to around 100 by next March.

Tesco has also this year renamed its Tesco Personal Financial as Tesco Bank as part of its strategy to take on the high-street banking sector.

In theory then, there would be nothing stopping it from working with the likes of We7 and use its infrastructure to launch its own branded digital music service. It could then decide to bundle it up with its other products and present competitive packages to consumers.

O2, for its part has this year extended into the financial services market with the launch of prepaid Visa cards. The mobile operator said that it wanted to tap into “synergies between mobile and money”.

Digital agency Glue’s head of planning Martin Bailie says: “I could easily see O2 and Virgin Media launching subscription bundles and providing their customers with ‘added value’ offers. They could offer a free music service when they sign up to a credit card.”

It is still early days, but it would appear there could be several “synergies” companies such as O2, Tesco and Virgin Media may soon be turning their attention to. And when they do, the key will be in the bundling and just who will be able to come up with the most compelling package of services.