Sporting images from Rio 2016 will be carried across 180 digital out of home (DOOH) screens in nine UK cities as the games play out, as part of Team GB’s investment in outdoor advertising.

Ocean’s screens, including its IMAX banner in London’s Waterloo, will turn either bronze, silver or gold as the medal tally rises and will feature content from Getty images celebrating each medal win.

Simon Massie-Taylor, commercial director of Team GB, says the deal has given them “something to take to partners”, which he added “has always been a bit of a weakness from a sponsor point of view”.

Speaking to Marketing Week, he describes the Olympics as “clean” because of the lack of logos on shirts and the fact there are no branded perimeter boards in stadiums, unlike at other sporting events. There is also less opportunity for partners to be seen as the sport comes round every four years.

The digital sites therefore offer a chance to leverage brand partners – which include Aldi, Nissan and Adidas – on another platform. 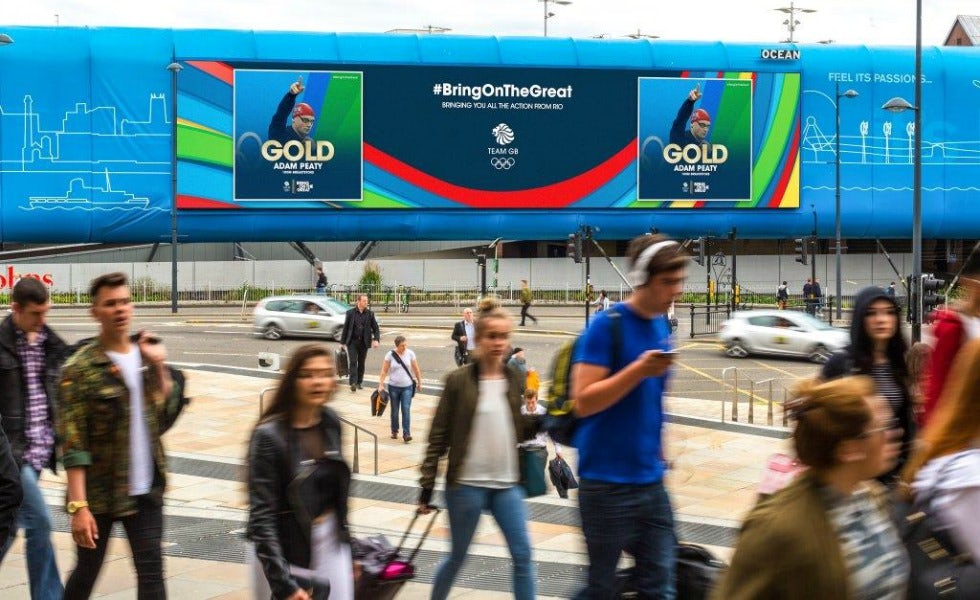 Massie-Taylor explained: “We have to be able to give a media presence to our partners. We can do that partially through our social channels but having a media partnership where they will feature as well turns a weakness into a strength.”

Team GB will use Ocean’s screens across the UK to localise messaging with content running down to a community level. For example, the content broadcast through screens in Manchester and Liverpool will be relevant to Team GB athletes from those regions.

The activity aims to reignite the public sentiment from London 2012 without a huge media budget, as Team GB is “cash poor” when it comes to marketing, according to the commercial director.

“This is the first time the British Olympic Association has partnered with an out of home media owner.”

Ocean will also work on initiatives prior to, during and after Rio 2016. This includes driving membership of Team GB, engaging communities at a regional level and announcing different stages of news, for example, when the teams are announced.

On content from partners, Ocean’s marketing director Richard Malton, says: “We will be looking at how we can enhance [sponsor’s] activation campaigns and working closely with Team GB and the partners to see where we can activate and help enhance that activation.

“These guys have a lot of content themselves, it’s not just Team GB content. It’s [about] how we distribute that content beyond the channels they were initially thinking of, i.e. social media.” 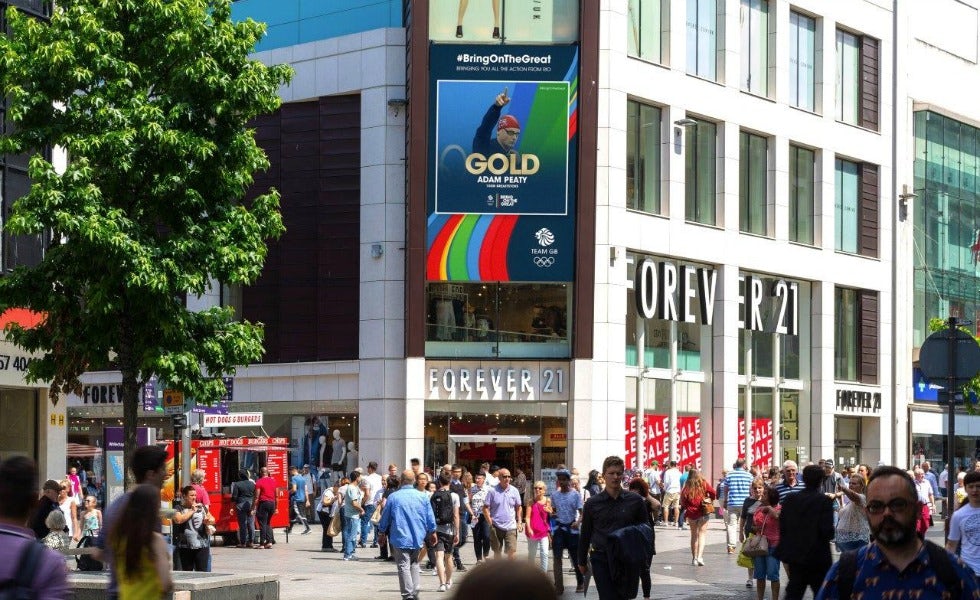 The Team GB partnership marks a step change for the OOH industry as The British Olympic Association is using the digital outdoor screens as a broadcaster, describing it as the “epicentre of the news service to the public”. The content will then reach several ‘live sites’ featuring big screens in key cities and spread to the rest of the UK through social media channels.

For Massie-Taylor it “made less sense” to have a partnership in TV as the BBC holds the rights to the Rio 2016 Games, therefore running ads on commercial broadcasters wouldn’t work as the Olympics coverage will not feature on these channels.

Ocean’s Malton said: “Working with [Team GB] on the content side is exciting for us from a DOOH perspective because it has put us into a broadcast environment where we are taking real time content and distributing it across our network.” 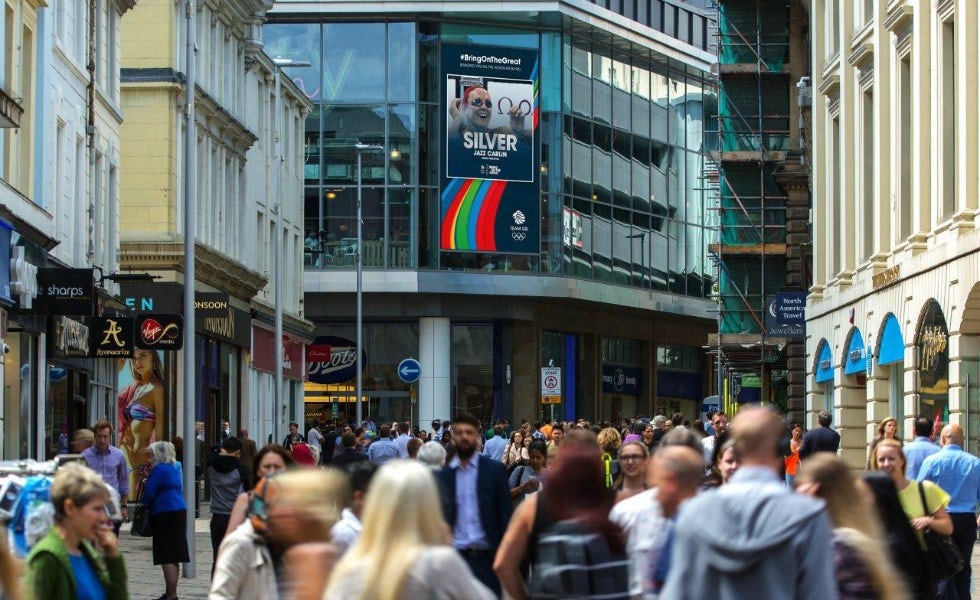 German discounter Aldi is celebrating its British credentials in becoming the first UK supermarket to sponsor Team GB and is planning a raft of activities in the run up to the 2016 Rio Olympics. 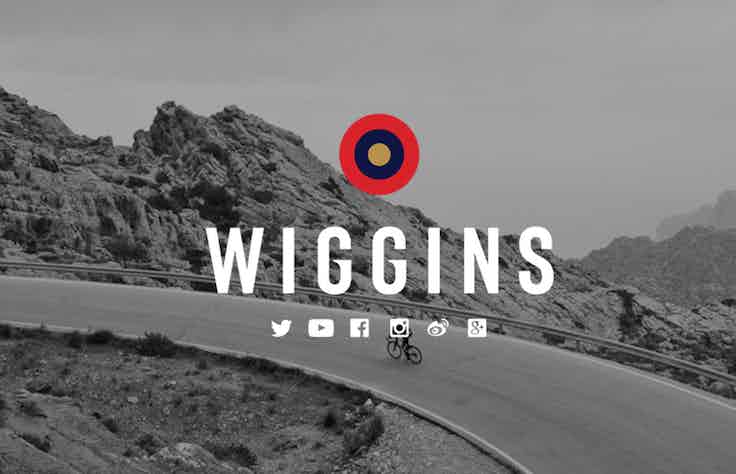 Sir Bradley Wiggins’ cycling team ‘Wiggins’ has added Yellow Jersey Cycle Insurance (YJCI) to its growing list of sponsors ahead of the start of the Tour De France on Sunday (4 July).