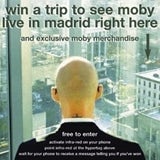 Digital outdoor advertising looks set to boom over the next few years, particularly as costs are dropping rapidly. But as this once static medium increasingly becomes a dynamic, interactive one, it is facing some challenges around technology, accountability and finding new sources of revenue.

Digital outdoor advertising is predicted to increase from &£27.5m last year to &£34.5m this year, according to the Outdoor Advertising Association. James Copley, client development director of media agency Kinetic, thinks it will accelerate rapidly from there. “It should double in the next two years. We forecast significant growth.”

But Rachel Harker, sales and marketing director of mobile technology company Hypertag, points out that the increased accountability that digital brings could undermine assumptions about the reach and impact that some outdoor sites have. “It makes the media much more accountable, which will cause some initial pain,” she says.

A question mark also remains over what technology to use. Jon Carney, creative director at mobile marketing company Marvellous, which has run outdoor mobile campaigns for advertisers such as Peugeot and Reebok, cautions that Bluetooth is not always best. He prefers simpler text-based activity. “Bluetooth has had mixed results, it’s been an unstable technology,” he says. “Text direct response is what everyone should be working on.”

Others are touting the use of wi-fi (wireless internet connections) or RFID tags – small chips embedded in, say, packaging or clothing which transmit a signal that is picked up by a nearby reader to ensure the most apt messages are displayed to passers-by. Dismissing civil liberties concerns, Matthew Eccles, chief strategy officer at direct marketing agency Rapp Collins Europe, says: “RFID technology and to some extent Bluetooth, infrared and wi-fi, have opened up incredible opportunities for marketers. Bluetooth and infrared are already being used by brand owners to capture the imagination of shoppers. These are not, however, personalised and targeted communications and are only the first steps in realising the potential of the technologies now available.”

Meanwhile, investment is being ramped up significantly. Titan is developing a network of small digital screens for railway station platforms. “You will see us spending more; you will see more digital,” vows Titan Worldwide chairman Bill Apfelbaum.

Clear Channel, JC Decaux and Redbus Outdoor are all also planning major digital roll-outs, though Viacom is spending the most – it is putting 2,000 digital screens into London Underground stations. Finding new sources of revenue to justify these investments is the next key step.

“Outdoor has struggled with a lack of critical mass in digital, and the major catalyst will be Viacom,” says Copley. He is hoping the ability to change ads quickly and at low cost will bring in new advertisers, particularly retailers. “The important thing is to encourage new income into the outdoor arena and to tap into budgets we haven’t had before.”

“The larger brands want to do it on a larger scale. All the signs are that there’s a large demand,” says Harker, who is confident the trend is now irreversible. “It will be a while before that six-sheet poster outside a Sunderland newsagent, with 50 people walking by every day, goes digital, but it will happen.”