Marketing Week (MW): Firstly, where does your name, Nalden, come from?

Nalden (N): I’m from the Netherlands and my real name is Ronald Hans. When I was younger a friend of mine started calling me Nalden, which is sort of abbreviated from Ronald, and then everyone picked up on it. I decided to call my blog Nalden.net, which I started when I was 16, so the whole Nalden thing became the brand. Now I just use the name Nalden because it’s what people know me as.

MW: How did you go from blogging to setting up the file sending service WeTransfer?

N: I would describe [the content of] the blog as ‘lifestyle for digital natives’. I see myself as a digital native, given that I’ve grown up with the internet, and the blog was a way to discover and share interesting things that were happening online and connect with like-minded people. I left school when I was 18, and because my blog was getting picked up by a lot of people I got job offers. I went to work for a creative agency, but after a year I was finding it boring so decided I was just going to focus on the blog to see if I could make a living out of it.

MW: How did the idea for WeTransfer come about?

N: Bas has his own communications agency and he had built a basic version of what WeTransfer is today within his company in order to send large files and save on courier costs. At the same time I was building a tool for my dad so that he could send me files and photos easily because my parents didn’t understand the other solutions that were out there. When I discussed this with Bas he revealed what he was working on and so we decided to build something together. A year later we launched WeTransfer in beta – that was December 2009.

MW: How does the functionality of WeTransfer differ from other file-sending services like Hightail (formally YouSendIt)?

N: With WeTransfer you don’t have to register for an account meaning that you can immediately start sending and downloading for free. It’s very simple and within that simple process we wanted to create a user experience that excites people and that triggers discovery – hence the use of background images from both brands and the creative community. The whole process of downloading or uploading files is normally experienced as a utility; people just do it. We want people to have an emotional connection with the service so that it becomes much more than a utility.

MW: Beyond advertising, how does WeTransfer generate revenue from its 16 million monthly users?

N: WeTransfer operates a freemium model whereby it’s free to use in the first instance and you can send up to 2GB per transfer. We then have a premium package called WeTransfer Plus, which is a paid-for account. That has a number of benefits: for example it allows you to upload up to 5GB instead of 2GB and has a big long-term storage facility. Plus account holders can also create their own backgrounds and wallpapers in order to have their own personalised environment.

MW: How does the full-screen advertising model work?

N: In 2008 I switched my blog from a typical design to a desktop model where I had wallpapers rotating in the background. These were full-screen images that integrated into the design of the blog. My idea was that advertising should not be obtrusive or compromise the design of your website. I wanted to challenge brands to improve the aesthetics of their advertising, although it wasn’t about advertising alone. It was also about providing a platform for illustrators and photographers to showcase their images.

We took the concept of full-screen advertising to WeTransfer and integrated it into the design of the product. The full-screen advertisement appears on the homepage when a person sends a file. In addition, 50 per cent of our advertising inventory goes to supporting the creative community for free. We want to put the love back into advertising and creativity is the tool to do that.

MW: Which brands currently advertise with you?

N: We have brands like Nike, Sony, Samsung and Google now advertising with us. It’s a real challenge to educate brands, and especially media agencies, to get them out of their comfort zone and encourage them to think bigger with this opportunity of using a full-screen canvas. It’s important in this context to use really good imagery with just a small call to action. Users [of WeTransfer] don’t want to have the feeling that brands are shouting in their ear, so we train and educate brands about what we think are the best ways to advertise.

MW: What are some of the more creative advertising campaigns that you have featured on WeTransfer?

N: We did a huge campaign for Google Chrome that was targeted at WeTransfer users who were only using the other browsers – Safari, Firefox or Internet Explorer. We created a really nice, good-looking advertisement for Google that basically encouraged non-Chrome users to download it.

MW: How targeted can you be with the advertising on WeTransfer and what results do you see?

N: We target per country and that’s generally as deep as it goes. Most of the brands we work with are big brands running national campaigns, so we don’t need to dive in that deep with the targeting.

In terms of results, I dare to say that we have one of the biggest click-through rates in the world. Across Europe the click-through rate for online banner ads is well below 1 per cent, but we have an average of 2 per cent. We have an in-house team that helps brands to create the advertisements as well as advise them on how to optimise the traffic that the ads will generate.

MW: Do you feel that some brands are averse to trying new advertising formats?

N: I think it’s less the brands and more the media agencies and planners who are responsible for having ads on different websites. It’s a great challenge to get them out of their comfort zone and widen their horizons. We’re also trying to raise the bar of creativity, which is why we support the creative community. We’re challenging brands by saying ‘look at this photographer or illustrator – maybe you should work together for a campaign’.

MW: How do you reach out to the creative community and find new talent?

N: We’ve partnered with a lot of creative events: for example, Semi-Permanent, which is a big creative event in Los Angeles and Sydney. We also host gallery nights and other events in Amsterdam, where our office is based. In addition, we have a kind of editorial programme where we upload new creative wallpapers every Monday in order to showcase creative work from all over the world.

…setting up a digital business

Choose your partners carefully – that’s a tip you hear a lot, but it’s an important one. Find yourself a really good chief technical officer, for example. The most important thing is the team you work with. The team makes the difference in the execution of the idea.

It’s about education and having constructive conversations. I’m pretty optimistic in most things I do, so I don’t see many barriers that could prevent things from being achieved. Show brands what it could look like and test it.

…keeping up with the latest digital tools 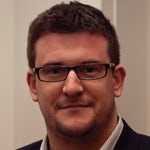 What were the biggest challenges in building WeTransfer?

Nalden (N): For us, one of the biggest challenges was to scale the infrastructure of the service so it could adequately support our expanding user base. When we first started out, the influx of new users was incredible – for two years we were spending countless hours keeping all the servers online. Ensuring that users had the best experience was paramount to us, and we knew that keeping our service reliable would be the key to sustaining healthy levels of growth. We soon took the decision to move to a cloud-based service and built new infrastructure on top of Amazon Web Services. This allows us to scale fast in areas where we see traction.

Another challenge we faced was to grow and improve the team. As WeTransfer grew bigger and more people started to use the service on a regular basis, we had to expand the team to meet this demand. However, it was not just a case of hiring anyone – we needed the right people in terms of skills as well as vision and outlook. We put so much emphasis on user experience and creative thinking at WeTransfer, so it is important to hire people who help us to grow and improve the service along these lines.

How big a part has good usability played in the service’s growth?

N: With 16 million monthly users and counting, usability has played an absolutely fundamental part of our growth to date – nobody wants to use a service that’s clunky and full of obstacles. User experience is constantly front of mind for us, and this has been the case right from the start. We believe in an internet that is as human as possible, and that is reflected in the ethos of WeTransfer being ‘something your mum could use’. By this we mean smashing the barriers to entry that exist on so many internet services – lengthy logins, sign-ups and irritating banner ads. 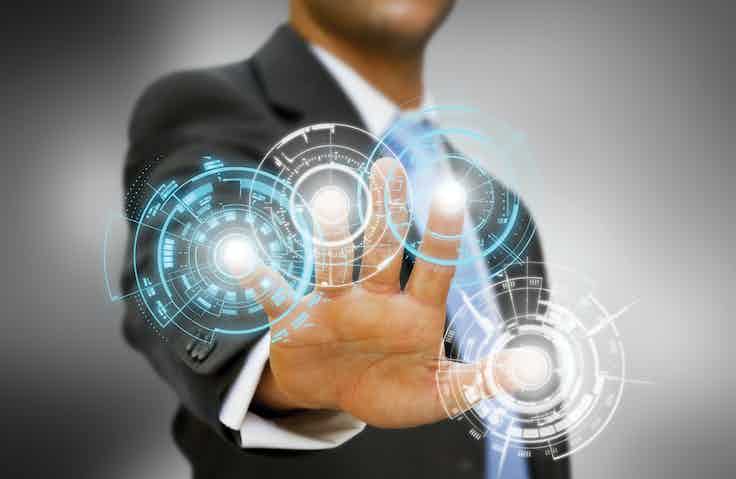 Financial services firm IG Group’s chief marketing officer talks about the transition from a CIO to a CMO role, and how the line between the two roles might be blurring.