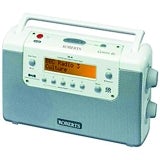 Listening to radio via the internet, DAB radios and mobile has grown at a rate of just over 10% year-on-year, taking it from 24% share of all radio listening to 26.5%. During the last quarter, digital radio growth had been closer to 20% year-on-year.

The slowdown comes despite renewed marketing efforts from BBC and commercial radio stakeholders.

Listening via mobile is now carried out by 13.8% of people, a 10.2% year on year growth. Mobile listening grows considerably for those between the ages of 15-24-years-old, with 28.6% saying they’ve listed to radio in that way.

Overall radio listening reached its highest level ever, with 47.3 million adults, or 91.6% of the population listening to the radio in the first quarter of this year.