Speaking at an event outlining the progress made towards a total switch to digital from analogue radio, Davie said that the marketing of digital radio had previously been a “bit of a mess” with commercial radio and the BBC campaigns running separate campaigns with different messages. He added cross industry body Digital Radio UK is now producing “consistent” campaigns with the same “look, sound and story”.

Digital Radio UK launched a year-long £10m campaign across the BBC and commercial radio using the strapline “If you love radio, let it live” in December. The second of the three stage activity focusing on digital sports coverage is currently running.

Davie said the campaign, increasing availability of in-car DAB sets and initiatives such as the signing of the memorandum of understanding by the government, BBC and commercial radio multiplexes to extend local coverage have helped dispel any concerns that digital could ultimately replace analogue but there is still much to do. “We need to earn it not sell it”, he added. 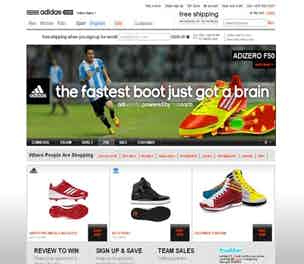 Adidas is to ban retail partners from listing its products on the eBay and Amazon.com portals as the business looks to gain more control over how its brands are marketed, sold and distributed online.