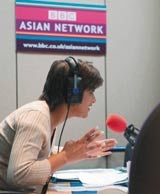 Commercial radio, which celebrates its 30th anniversary this month, is entering a new wave of development as it adapts to meet the challenges of digital radio.

The number of digital radio stations reporting Rajar figures is on the increase, and industry insiders claim that digital is heralding a new dawn for commercial radio. It will, they say, force media owners, advertisers and listeners to shift their focus from regional commercial stations to national digital stations created around consumer lifestyle groups.

However, this seismic shift appears to be a long way off as listeners have yet to embrace digital, according to the latest Rajar figures. Few digital stations have recorded a weekly reach of half a million – a figure that, according to some media buyers, is necessary before they will even consider placing advertising. (Weekly reach is the number of people aged 15-plus who tune into a radio station for at least a quarter of an hour over a week.)

But it has not been plain sailing for all those experimenting with the new medium. Guardian Media Group’s Jazz FM says its audience dipped slightly for the third quarter, down to 288,000 from last quarter’s 306,000.

Digital Radio Development Bureau (DRDB) chief executive Ian Dickens says: “Many of the stations reporting to Rajar this time are new brands that are building an audience from scratch. We didn’t expect fireworks in the first report but the figures are encouraging.”

However, along with reach, buyers also have reservations about what platforms listeners say they are using. They fear that listeners may be confused by a digital radio station and a television channel with the same brand, and are mistakenly recording that they have listened to a radio station via their digital TV when they have, in fact, been hearing the TV channel.

There’s also concern that interest in digital radio is because it is a new medium and the novelty will eventually fade. MediaCom head of radio Richard Jacobs warns: “We have to watch out for the novelty curve sliding off.”

Buyers are also concerned that some of the “tribal” music channels that are aimed at the youth market may have difficulties retaining listeners following the publication of Rajar figures, when the channels will start to take advertising or increase the number of commercial messages. These younger listeners are used to listening via MP3 players, i-pods and file sharing, giving them uninterrupted music that isn’t cluttered by messages.

Jacobs says: “Our concern is that the new radio station brands will become just aural wallpaper, like putting on a CD. Maybe that’s the idea, but one of radio’s strengths is the way it engages listeners and I hope this doesn’t get lost.”

EMAP broadcast sales director Tim Bleakley acknowledges this is a problem, but argues: “We have the branded content to reach those people. Can we reach them in partnership with advertisers and get their message across? Our track record is pretty good so far.”

Digital radio has been quick to take off in homes with digital TV, with 20.4 per cent of adults – about 10 million people – estimated to have tuned in either through Freeview, digital cable or Sky Digital. Listening via the internet has also risen, from 6.2 per cent in the last quarter to 8.1 per cent for this one, and tends to be skewed to younger listeners than is TV.

However, while observers say listening via TV is good for sampling digital radio, it is sales of the dedicated DAB (digital audio broadcasting) radio sets that will establish the format. Experts say that DAB radio owners are more likely to actively seek out channels and are expected to listen for longer.

For some channels, such as Planet Rock, that are not available on Freeview, the take-up of DAB radio sets is crucial.

According to the Digital Radio Development Bureau, 200,000 DAB sets have been sold so far up to July this year, but new figures, published at the end of this week, are expected to be “significantly higher”. The DRDB believes the final quarter will be a key sales period for digital radio sets as several hardware companies enter the market.

Digital radio is also set for a boost through marketing support from the BBC, with a “Make time for digital radio” strapline, and the DRDB’s “Does it do digital?” campaign. Digital radio station owners are hoping that these campaigns, along with the creation of compulsive content, will eventually help consumers take to the medium.