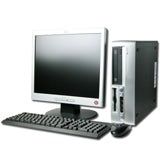 According to the latest poll, more than half (52.4%) say they do not think the industry will meet the date set in the Digital Economy Bill passing through Parliament.

The results follow recent Rajar data that found digital’s share of all radio listening fell to 20.9% in the fourth quarter of 2009, down from 21.1% in quarter three, but up from 18.3% a year earlier.

The radio industry has launched several initiatives over the past year to prepare for the switchover. Digital Radio UK, which represents the BBC, commercial radio and multiplex operator Arqiva, recently announced plans to boost London’s digital radio signal by installing new transmitters across the capital. Last year, the BBC and commercial radio unveiled a standardised online radio player that can stream every licensed UK radio station, in a bid to bid to boost online listening.

Many observers question the benefit to listeners of DAB and lack of station choice and accessibility, with some car makers slow to include DAB radios in their cars.