According to accountants Kingston Smith W1, growth in fee income slowed to 3.7% across the top 40 DMSP agencies, from 9% in the previous two years, with 18 of the Top 40 agencies reporting a fall in gross income.

In terms of fee income, independent agencies seemed to outperform their group counterparts, the survey found. Income at independents was 11.8% compared to a decline of 1.3% for group-owned companies.

Tullo Marshall Warren (TMW) was crowned the most profitable agency replacing Proximity London in the top spot. TMW saw its operating profit increase 41% in the year, while Proximity recorded a 46% fall.

Despite the drop in performance at many agencies, total directors’ remuneration increased within half of the Top 40 agencies, the survey found, including nine companies that saw a fall in gross income and four companies where other staff costs were cut.

Ten companies reported an increase in total directors’ remuneration while also reporting a cut in overall headcount, the survey claims.

In digital, the top 30 digital agencies saw their income grow by 18% last year, according to the report, but despite this growth, operating profit dropped 30% over the past year, from £21.9m to £15.3m. The single highest operating profit was £1.7m for Glue London.

Nurofen, the pain killer brand owned by Reckitt Benckiser, is launching a new approach to marketing with an £11m cross-platform advertising campaign. 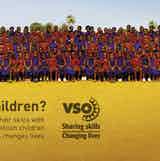 International development charity VSO is launching a brand awareness campaign, which aims to demonstrate the impact the organisation’s volunteers have in the developing world.