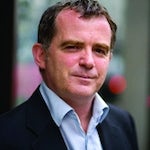 Mike Welsh, chief executive of Publicis Dialog, explains why the changing face of direct marketing means the sector is destined to remain uncelebrated.

So, Abbot Mead Vickers BBDO London was Direct Agency of the Year at this year’s Cannes and it has barely caused a ripple (apart from at the office of sister agency and direct specialist Proximity, perhaps).

Maybe Cannes doesn’t matter to the UK direct marketing industry. The Festival celebrates International Advertising and as such, its centre of gravity has always been traditional advertising.

But it should matter. Over the last few years, more and more clients, particularly those big spenders for whom creativity is key to their brand’s differentiation, now make time to properly hang out at Cannes. And the big direct agencies from the UK were as well represented as ever this year.

So why, then, did our ad agency chums eclipse our own entries? Sure, the old hierarchy still exists whether we like it or not, and ad agencies will always have more seats at the top table. They undoubtedly work with bigger budgets too. But neither of these things is new. I’ve been in direct agencies since the late 80s and these factors have been in play since then.

There are, I think, three key explanations:

1. Media fragmentation and the normalisation of social media in particular, now allow any agency to target segmented messages. As a consequence, traditional direct ’techniques’ have been democratised. Good digital agencies have been doing this for years and the ad agencies have now joined in the fun.

2. The majority of direct work from Cannes could be classified as brand-building rather than purely responsive.

And this is key. Over the last ten years or so in the UK, there has been a continual struggle between ’direct’ and ’integrated’.

The work that Claydon Heeley produced for The Guardian and The Observer divided our industry, including the creative community, down the middle. For some, it wasn’t ’direct’ because the work often didn’t feature a phone number – it did, however, always feature a strong call to action which was generally ’Buy the newspaper tomorrow’.

For others, the fact that the work dared to challenge the existing direct rule book, and also set out to grow the brand, simply made the category more interesting, and that was enough. That was also exactly what Steve Harrison, Steve Stretton and the gang at Craik Jones were engaged in doing at the time.

3. CRM, historically something that firmly sits in the DM camp, has evolved, and the most interesting case studies now revolve around social. And because digital agencies better understand how people behave in the online space, they are starting to drive the CRM agenda.

Direct agencies used to have a monopoly on one-to-one. If Cannes tells us anything, it’s that every communications agency of any note is in the business of igniting and changing conversations with customers and prospects. And many of them are doing it very well indeed.