An event for investors and analysts might not seem like an obvious place to talk about purpose. Deep analysis of the factors affecting Ebitda perhaps a more obvious presentation. Purpose and its link to customer and commercial outcomes was, however, what Direct Line Group’s (DLG) managing director for marketing and digital, Mark Evans, was tasked with talking about at a recent event for investors and sector analysts.

“Five of us did presentations to hardcore investors who are very commercially orientated,” Evans explains. “My main message was how deeply embedded our customer focus is and how that is intrinsically linked to customer outcomes.”

The relaunch of the Direct Line brand in 2015 was used as an example of how a campaign, which saw Harvey Keitel reprise his Pulp Fiction role as ‘The Fixer’ AKA Winston Woolfe, informed its proposition and service. “What would Winston Woolfe do?” became an organising principle for all staff. And drove a business uplift.

Modelling has shown a correlation between the 20% increase in Net Promoter Score (NPS) since the campaign launched and retention, even when factors such as price are removed.

Evans explains: “If people score us 10, the shift is a 10% to 15% increase in retention. That’s absolutely massive in insurance and not lost with people at the front end or with investors and analysts.”

He adds: “It’s about customer equals commercial, which is a change of message as opposed to customer focus being sort of hedonistic. It’s the right thing to do because there’s a mutual benefit between giving them [customers] what they want and buying more and staying longer.”

It also means he is more involved in setting the direction of the company as a whole, including helping to establish a company-wide purpose.

The business, which is also home to the Churchill and Green Flag brands, has settled on offering “peace of mind in a complex, changing and turbulent world”, which is meant to act as a rallying call for DLG’s 11,000 employees.

This is not, Evans insists “fancy-pants purpose” but an exercise in customer orientation. It is seen in products and services such as breakdown service Green Flag’s promise of £10 compensation if the repair car doesn’t arrive within an hour after contact.

It’s not that it’s more science than it is magic. It’s both. But it’s both in balance.

It is also an exercise, Evans says, in offering people certainty that its brands are there to help remove stress, as well as giving its brands a clear point of difference in a market often dominated by price.

“Purpose is obviously a pretty trendy word but what is a brand without a purpose. Under Penny [James, who took over as DLG CEO in May], we have been talking about what our place is in the world.

“I have been part of trying to land purpose in this organisation in the past and we didn’t quite get there. To be there now, that point of clarity about why we exist – peace of mind – is great. It sounds so obvious but to have peace of mind in a complex, turbulent and changing world is essential.

“If you have something that’s really distinctive, it also must meet category need, so we’ve found a win-win.”

A focus on marketing effectiveness

Elsewhere, Evans continues to fly the flag for marketing effectiveness, explaining the scientific rigour applied – 77 econometric models and all – in determining the impact of its spend at the capital markets day. The message, he adds, is that spend is done in a “scientific” way.

“It’s not that it’s more science than it is magic. It’s both. But it’s both in balance. The message that we employ a lot of discipline, in combination with really strong positioning, is what landed well [with investors],” he explains.

The balanced approach was employed in the recent relaunch of the Churchill brand. The campaign saw its canine mascot, Churchill the dog, receive a CGI makeover. More importantly, it introduced a new positioning in line with the company’s wider purpose: that Churchill will shoulder the burden allowing you to ‘Chur-Chill’.

Notably, almost all the budget for the campaign was invested in brand building in an attempt to make the brand, which operates almost exclusively on price comparison sites, stand out. Performance marketing spend has been removed.

Evans explains: “We have said it’s wholeheartedly a price comparison brand. We are removing our performance marketing spend and putting our emphasis on brand building so when people get to the list on price comparison sites, it’s the brand which is most resonant.

“Its quite liberating as we had been doing two jobs and now we are doing one – building brand strength. There’s some low-level price comparison site stuff that you wouldn’t just switch off but the vast majority of spend goes towards brand building.

“It’s a really interesting study, hopefully, in time to say what is the benefit of a more extreme version of brand building.” 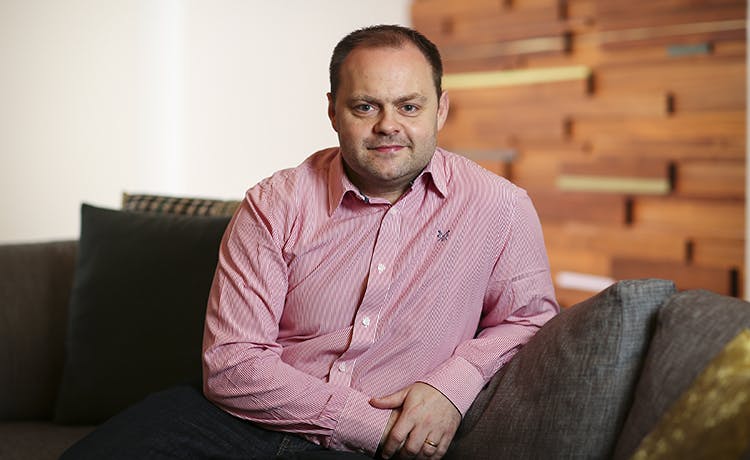 In his new role as MD of marketing and digital, Evans will head up all digital capabilities in addition to his ongoing responsibilities in marketing. 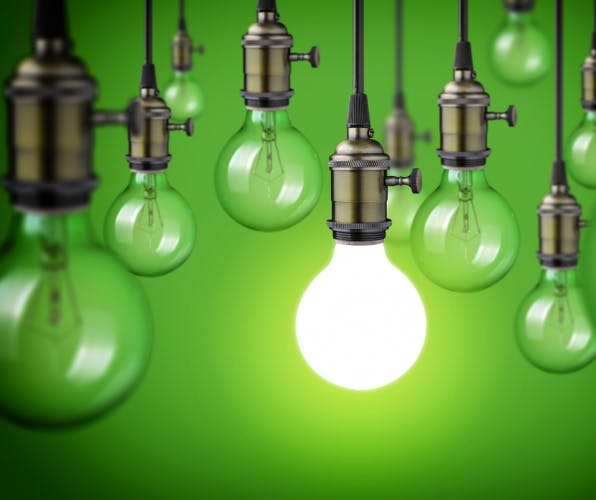 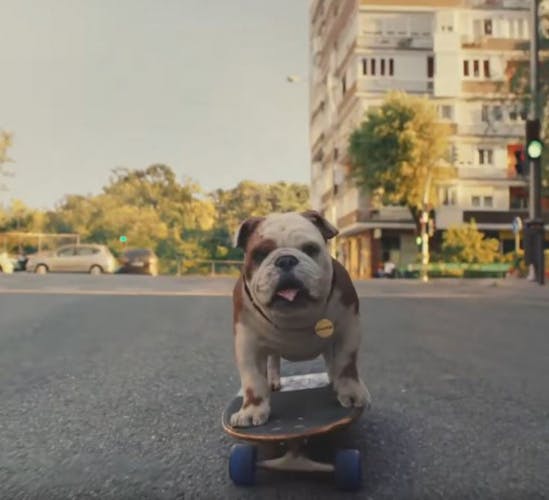 Churchill has given its brand mascot Churchie a CGI makeover and launched a ‘Chur-Chill’ positioning as it looks to build affinity for its brand in a price-sensitive market.