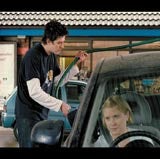 Jim Wallace, the director of marketing at Direct Line who oversaw the direct insurer’s recent &£35m creative review, is to retire in April. It is understood that Wallace, who is believed to be in his late 50s, has been away from the office for some time.

Last year, Wallace ran the pitch that saw the Direct Line account pulled from Mortimer Whittaker O’Sullivan, which it had held since 1996. Clemmow Hornby Inge won the account at the end of last year after a three-way pitch against M&C Saatchi and Ogilvy &amp; Mather, overseen by The Haystack Group (MW November 11, 2004). In the middle of the pitch, Direct Line pulled its “Charlie’s Angels” advertising campaign after the intervention of Fred Goodwin, group chief executive of parent company Royal Bank of Scotland. Sources say Goodwin personally disliked the ads and that they had achieved a very poor response rate (MW August 12, 2004).

A spokesman for Royal Bank of Scotland Insurance Services, which owns Direct Line, confirms that Wallace will be leaving but is unable to provide any further details.

Peter Wood, who launched Direct Line with RBS backing in 1985, launched Privilege, again with RBS support, in 1994. Wallace was Privilege’s marketing manager at its launch.