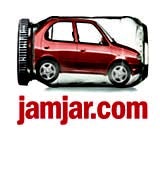 Direct Line this week enters the growing virtual car dealer market, with the launch of Jamjar.com.

Promising up to 30 per cent off manufacturers’ list price, delivery to consumers’ doors “within days” of purchase and “months earlier” than the new breed of importers, Jamjar will go up against sites such as Autobytel, OneSwoop, Carbusters and Totalise-owned Eurekar. Virgin has also entered the fray and is advertising its “Virgin Dot Com Slash Cars” on billboards.

Direct Line is riding high following the successful online transfer of its insurance operation (www.directline.com), which it claims has quickly become the number one website in its field.

Jamjar’s brand image will play to a growing backlash against UK car prices. “Our aim,” says a company spokesperson, “is to simplify and demystify the car buying process, putting the consumer in control.”

Direct Line intends to make the site into the UK market leader by offering a wide range of services. These include part-exchange (completely negotiated online), second-hand cars, auctions, an import facility, finance and insurance, an “extensive” motoring shop, a motoring magazine and route planning service.

The launch is being supported by a &£15m marketing campaign over the next 12 months. The campaign, by Mortimer Whittaker O’Sullivan, will feature national TV and press, bus sides and radio and will highlight the chance to win a series of “unique” motoring experiences.